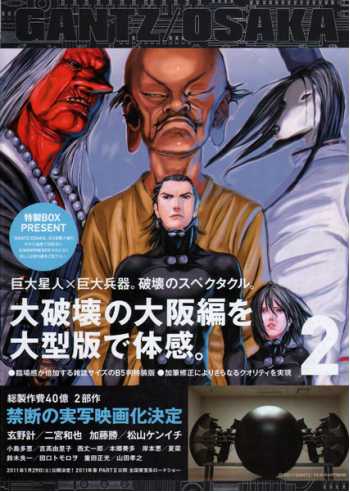 Gantz is a Japanese manga series written and illustrated by Hiroya Oku. The series is known for its graphic violence, sex, and action. The series has sold over 17.5 million copies in Japan. Dark Horse Comics started releasing the manga in English in June 2008 (in a much smaller format than the original Japanese editions). Gantz has been released as an anime series.

This is the second of the three volume series of GANTZ/OSAKA, a series featuring the Osaka Gantz team. 370 pages of inspired over-the-top insanity. It has not yet been licensed for any English speaking countries.