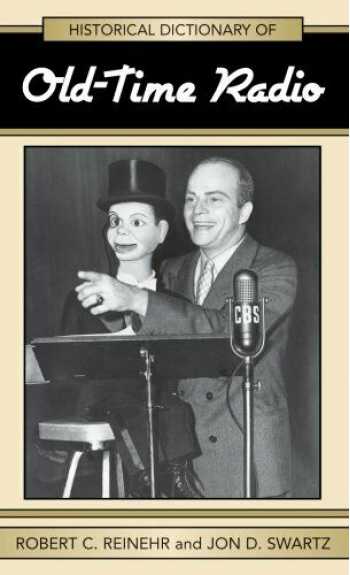 I'm a big fan of Old Time Radio dramas and OTR has never been more available than now! And all for free!

One can see the antecedents to William Gaines' EC Comics stories in OTR shows like Suspense, Lights Out, The Whistler, Escape, Quiet Please, etc., and these ageless productions can be just as enjoyable.

This dictionary is a handy reference to guide your listening or learn more about what you are listening to.

The term Old Time Radio refers to the relatively brief period from 1926, when the National Broadcasting Company first began network broadcasting, until approximately 1960, when television became the dominant communication medium in the United States. During this time, radio was as popular and ubiquitous as television is today. It was amazingly varied in the types of programming it offered; many characters and programs were so popular that virtually everyone was familiar with them. Even today, recorded versions of these programs are still extremely popular and widely available, both from commercial outlets and from hobbyists. Behind the production of these programs was a complex technological and financial infrastructure that had to be developed virtually from scratch in a world unaccustomed to the rapid communication and technological marvels that we take for granted today. The Historical Dictionary of Old Time Radio provides essential facts and information on the Golden Age of Radio. This is accomplished through the use of a chronology, an introductory essay, a bibliography, and hundreds of cross-referenced dictionary entries on the radio networks, programs, directors, producers, writers, actors, radio series, and radio stations. Entries on your favorite shows--The Lone Ranger, The Shadow, Dragnet, and Suspense--and actors--Bob Hope, George Burns, Gracie Allen, and Edgar Bergen--will have you jumping from one entry to the next as you relive old favorites and discover hidden treasures from the Golden Age of Radio.

Robert C. Reinehr is Emeritus Professor of Psychology, Southwestern University, Georgetown, Texas, where he taught from 1981 until his retirement in 1999. Jon D. Swartz was Chief of Psychological Services, Central Counties Center for Mental Health-Mental Retardation, Temple, Texas, from 1990 until his retirement in 1999. Reinehr and Swartz are the co-authors of Handbook of Old-Time Radio: A Comprehensive Guide to Golden Age Radio Listening and Collecting (Scarecrow Press, 1993).