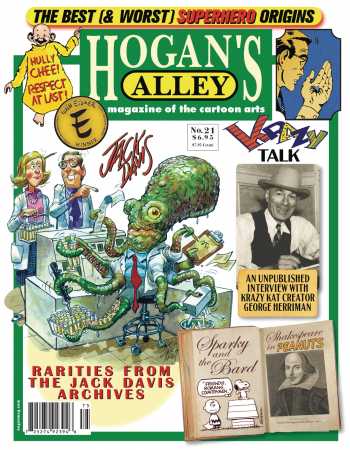 Comic strip fans rejoice, it's another issue of "The Magazine of the Cartoon Arts"! Every issue is full of interesting articles and fun and quirky features on the obscure regions of comic books, animation, and especially comic strips.