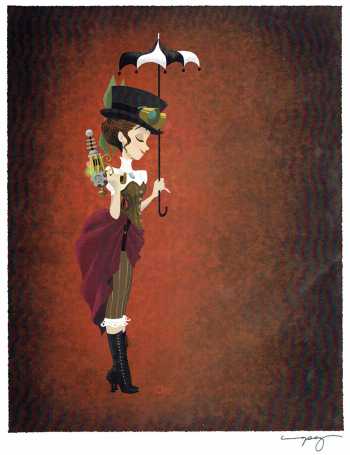 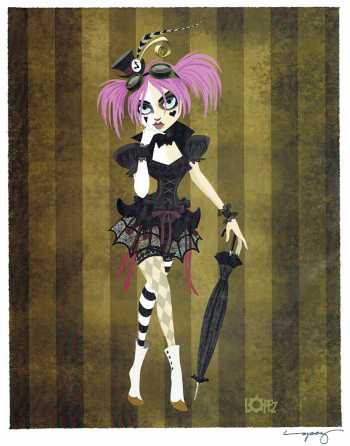 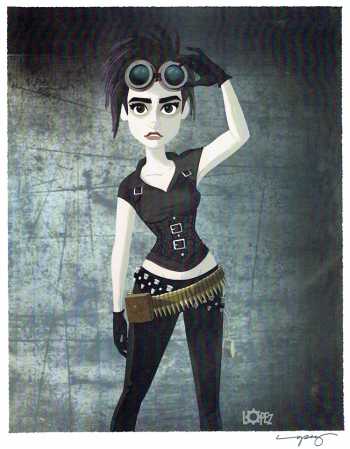 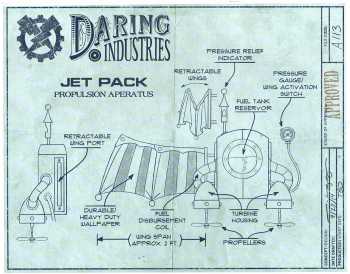 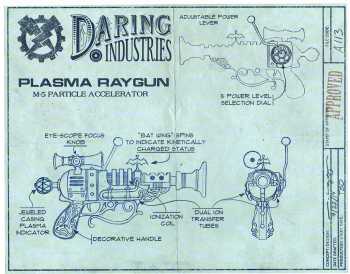 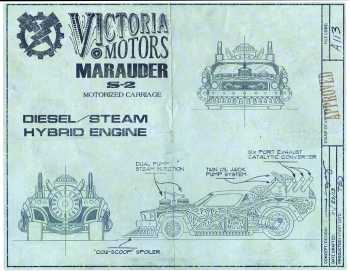 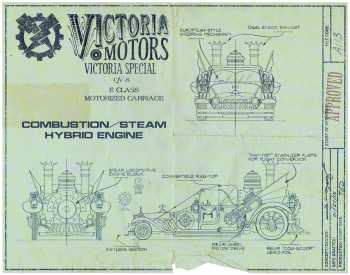 A set of four blueprints (two vehicles, a ray gun, and a jet pack) and a set of three signed full color art prints of the main characters.These were rewards for contributors to Lopez' Indiegogo campaign raising funds to create a steampunk 2D animated feature film called Hullabaloo.

From the Indiegogo campaign:

WHAT'S ALL THE HULLABALOO ABOUT?

Hullabaloo is a 2D (hand-drawn) animated steampunk film that hopes to help preserve the dying art of 2D animation; and by supporting this project, you get to help save 2D animation from an untimely demise.

We want you to join us in making a short film that will showcase the world of Hullabaloo, which we can show to investors to fund a full length 2D feature. 2D animation is a beautiful but dying art form that the animation studios have all but abandoned. But if we can fund this film with your help, we will be able to show investors that people really do want to see a feature length animated steampunk film, allowing us to get the tremendous amount of funding needed to complete Hullabaloo as the full-length feature we believe you want to see.In addition to helping save 2D animation, Hullabaloo aims to encourage girls to explore science and adventure.

The film's two protagonists are both young women and both scientists who use their intellect, wits, and courage to fight greed and corruption. We hope that Veronica Daring and her friend Jules will serve as positive role models for girls of all ages and encourage them to get excited about science, engineering, and sci-fi.

To learn more about what steampunk is, go here: Steampunk 101