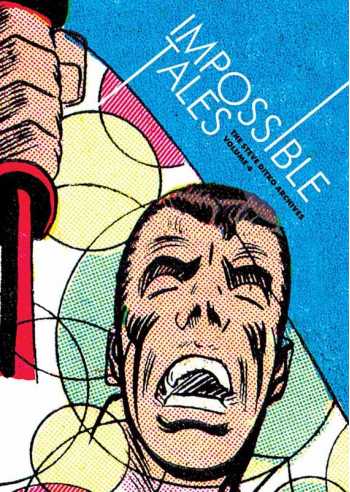 More great 1950s shockers from the co-creator of Spider-Man! Steve Ditko's prolific work for Charlton Comics in the years before his legendary stint at Marvel has never been properly reprinted -- until now! The Steve Ditko Archives series keeps getting better, with more thrilling stories of suspense, mystery, haunted houses, and unsuspecting victims, all given extra oomph by Ditko's increasingly ingenious layouts and wildly idiosyncratic, masterful style.

Over 200 pages from such titles as This Magazine Is Haunted, Tales of the Mysterious Traveler, Mysteries of Unexplored Worlds, Out of This World, Strange Suspense Stories, and Unusual Tales have been meticulously restored in full four-color glory. Don't miss this essential collection of creepy classics from one of comics' most innovative and individualistic artists!

Five years before Steve Ditko began work on his now legendary co-creations for Marvel Comics, the Amazing Spider-Man and Doctor Strange, he was producing some of his best work in near anonymity for Charlton Comics. Like its predecessors, Impossible Tales: The Steve Ditko Archives Vol. 4 features over 200 meticulously restored full-color pages of Ditko in his early prime--stories that have never seen a proper reprinting until now, thrilling stories of suspense, mystery, haunted houses, and unsuspecting victims all delineated in Ditko's wildly idiosyncratic, masterful style. This fourth volume ranks as the best in the Archives series to date thanks in large part to the inspiration Ditko took from comics derived from the classic host-narrated radio shows, which gave an extra oomph to his creepy yarns. Moreover, comics such as This Magazine is Haunted and Tales of The Mysterious Traveler bore witness to a veritable explosion in Ditko's ingenuity in terms of manipulating the traditional comic-book page layout. This new level of excellence also manifested itself in his work on other books, such Mysteries of Unexplored Worlds, Out of This World, Strange Suspense Stories, and Unusual Tales, all of which are amply represented in this volume.