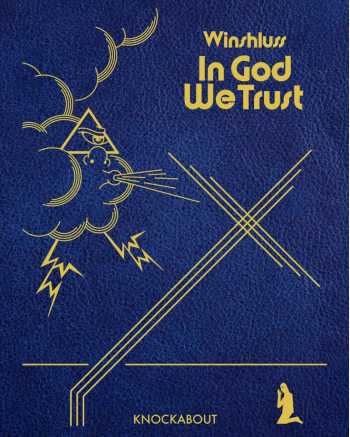 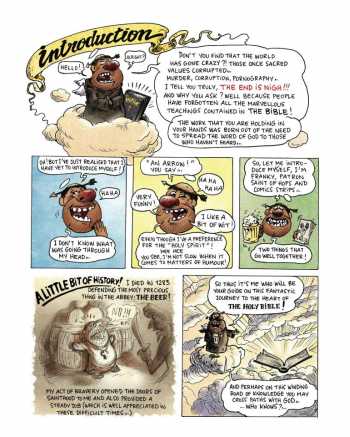 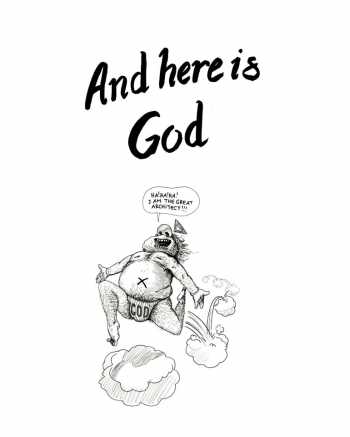 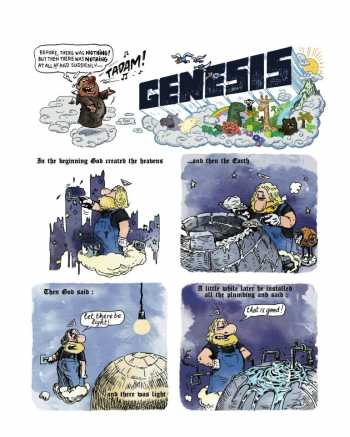 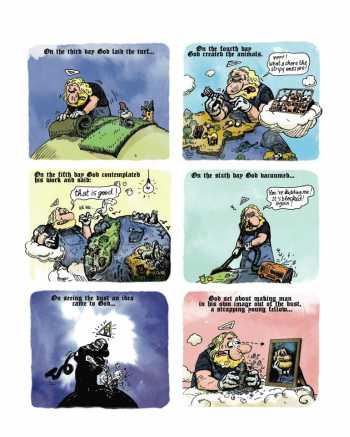 Five years after the magnificent Pinocchio, Winshluss returns with the hilarious In God We Trust. His multi-levelled retelling of The Bible revises the founding myths of the holy book. We are guided through the maze of the Old and New Testament by St. Franky, with a nose like a strawberry from drinking altar wine and a skeptical attitude. With him, we visit the scenes of Scripture and believe it or not, this is not what we thought! God looks like a retired biker and is a shy and alcoholic seducer, Jesus had a punk phase, Mary is naive and lonely From the comic book parody (God vs Superman) to the adulterous tragedy, through the story of creation and a study of the disappearance of the dinosaurs to the mystery of the resurrection, the density of the book will leave the reader no respite from the horrors suffered by an inept and inconsistent humanity and the acts of an apathetic, drunk and jaded divine power. A true spiritual journey, In God We Trust seems like a great epic in which the drawing ranges from the majestic to comic strips, prints, watercolours and hilarious false advertising. Absurd and provocative, this rereading of well known biblical characters is a huge lot of fun.

Born in 1970, Winshluss is the creator of numerous comics and graphic novels that have garnered awards and acclaim across Europe. Winshluss is the pen name of Vincent Parronnaud, perhaps best known as co-director of the animated film Persepolis (with Marjane Satrapi), which won the Jury Prize at Cannes and was nominated for numerous awards, including the Academy Award, Golden Globe and Cannes' Palm d'Or. He and Satrapi teamed up again to adapt Satrapi's 2006 book "Chicken with Plums" into a 2012 live action feature film.