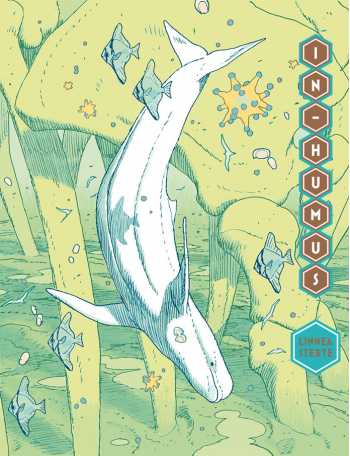 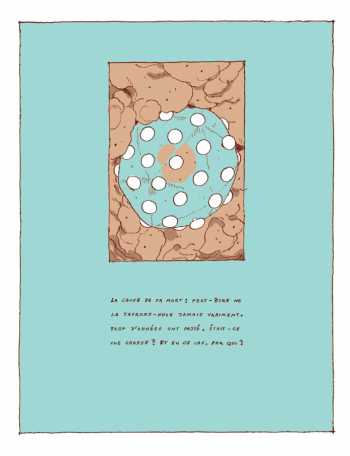 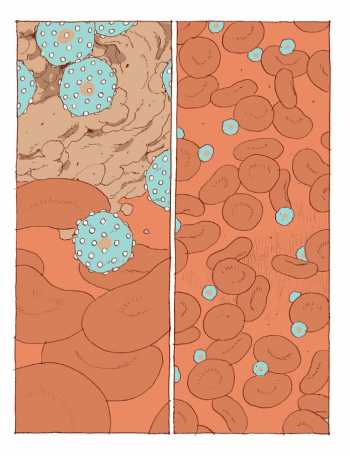 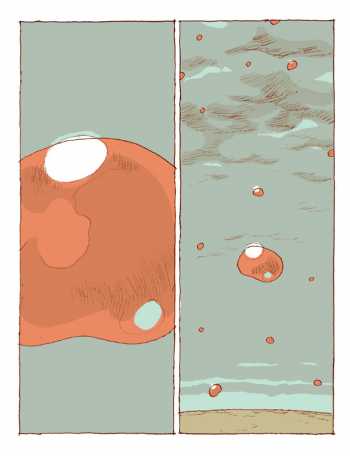 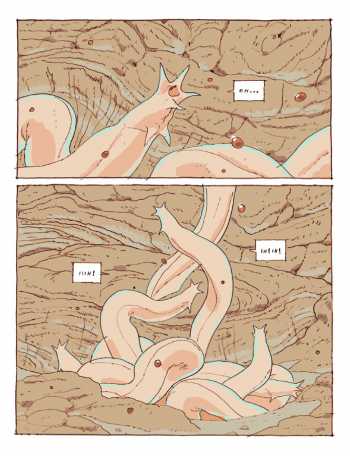 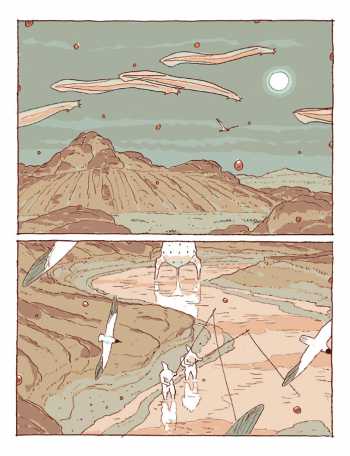 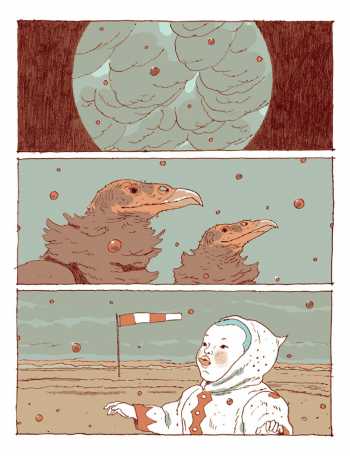 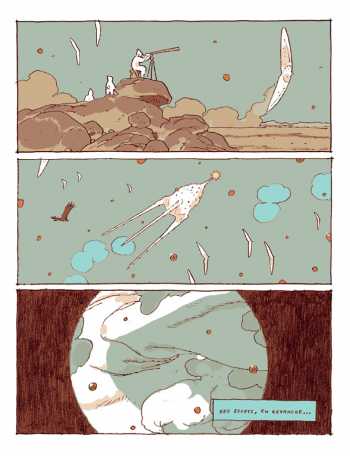 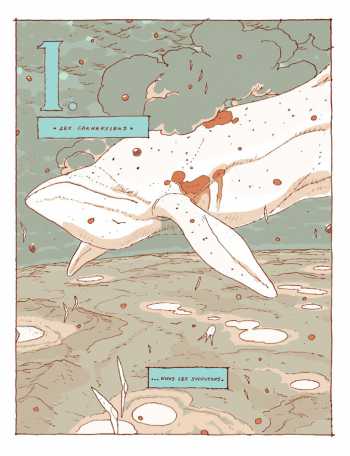 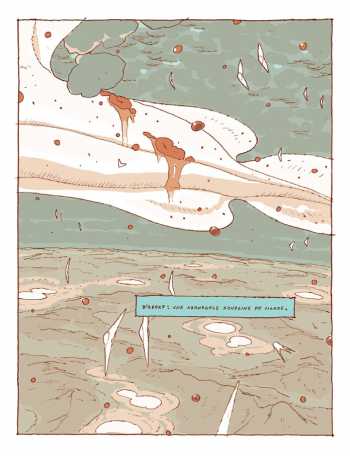 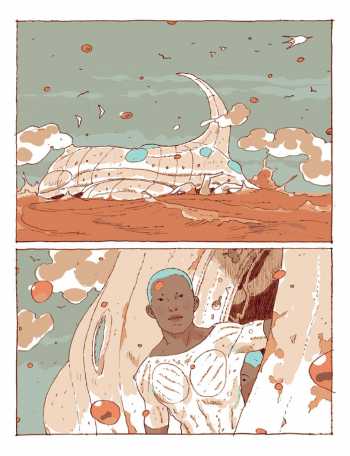 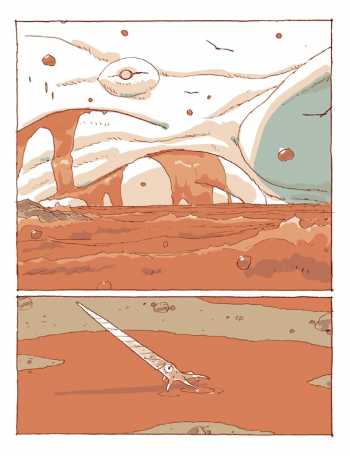 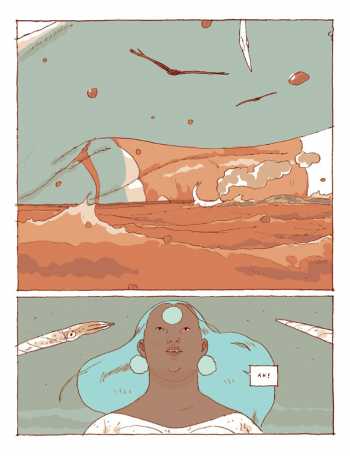 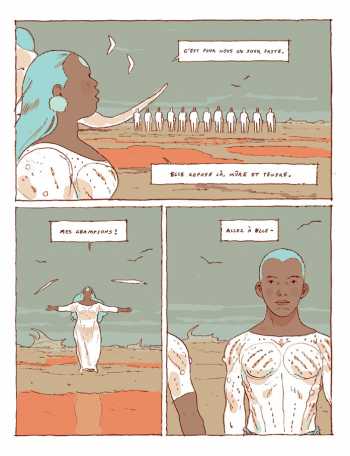 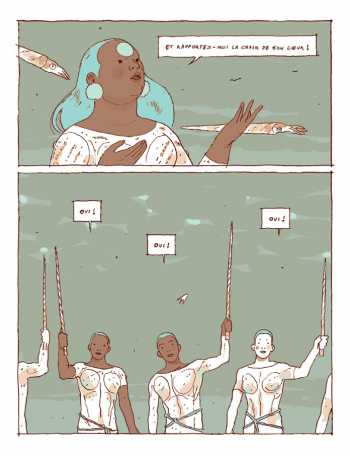 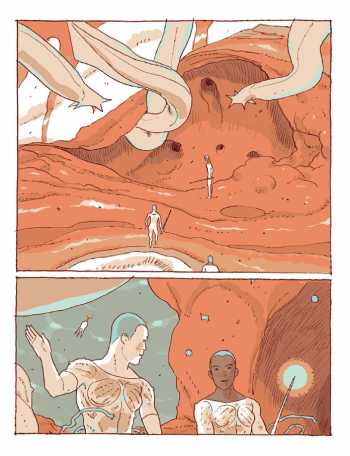 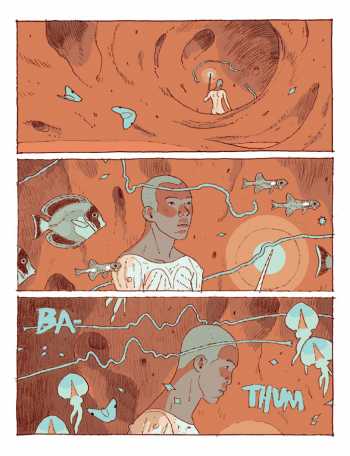 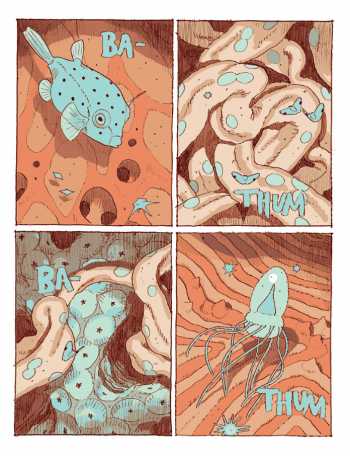 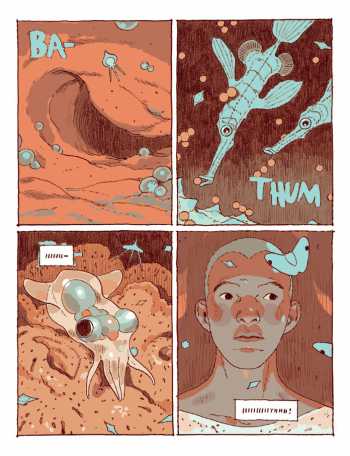 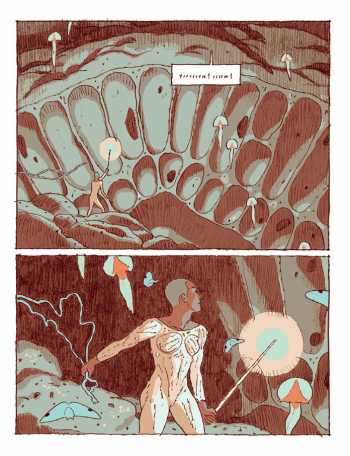 The French edition of Linnea Sterte's largely wordless graphic novel Stages of Rot originally published by Peow Studios and currently out of print in English both physically and digitally. We liked this edition better than the others.

Portraying an ecosystem on both a macro and micro scale, and mostly wordless, it often feels like a tone poem as much as a narrative. It is beautiful to look at.

In an alien desert, the death of a thousand-year-old whale sounds the awakening of an extraordinary ballet : insects, animals and ancient peoples compete to dismember it and find refuge in its bones, in the course of its decomposition.