Sign in | Register
HomeComic & Sequential ArtGolden & Silver Age (1938-1970)In the Days of the Mob - Signed by Royer, Evanier, and Aragones with a Drawing 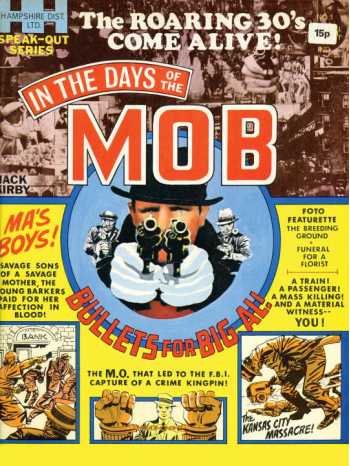 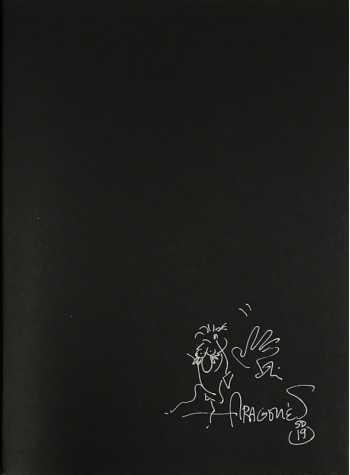 Signed by Aragones with a drawing on the front free endpaper. Signed by Evanier on the title page. Signed by Royer on the contents page of the unpublished second issue.

This hardcover reprints the first issue of the black and white magazine IN THE DAYS OF THE MOB and publishes the never before seen second issue for the first time ever!

After leaving Marvel Comics at the end of the 1960s, Jack Kirby came to DC, where he soon created the series of super-hero comics known collectively as "The Fourth World." One of his first projects for DC was the black and white magazine IN THE DAYS OF THE MOB, which featured on stories of organized crime in the 1930s in the style of the TV series "The Untouchables" and "The Godfather" movies. But DC had already dropped the title before the first issue even hit the stands.

Jack "King" Kirby's comics career began in 1937 and continued for nearly six decades. After his fruitful collaboration with Joe Simon ended in the late 1950s, Kirby joined Marvel Comics, where the first issue of Fantastic Four cemented his reputation as comics' preeminent creator. A slew of famous titles followed that elevated Kirby to legendary status, including Incredible Hulk, Avengers and X-Men. Kirby returned to DC in 1971 with his classic "Fourth World Trilogy," which was followed by THE DEMON, KAMANDI and OMAC. Kirby continued working and innovating in comics until his death in 1994.