Sign in | Register
HomeSketchbooksIn the Trenches: The Theme Park Art of Topper Helmers - Signed with a Drawing 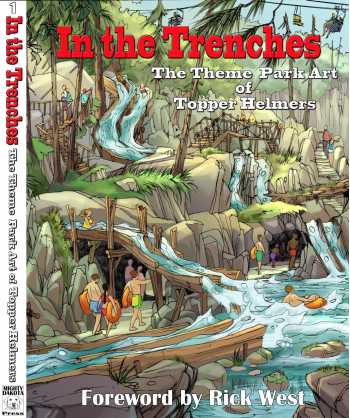 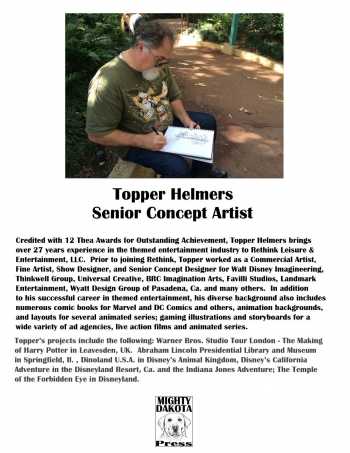 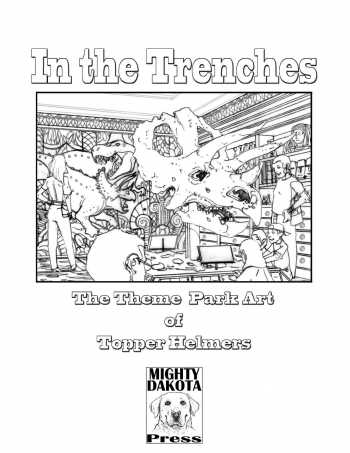 This new book by theme park artist Topper Helmers features 52 pages of art done for eight different studios and 45 theme parks throughout the world. While the work of studio artists is often included in books about theme parks, this is the first time an entire book has been published on the work of a single theme park artist. Topper, senior show concept designer with Rethink Leisure Entertainment, began his career in theme park design with Walt Disney Imagineering in 1990. Over the past 27 years he has been associated with some of the major studios in the industry. Some of the art he has showcased in the book were for projects taken to completion while others were never realized. They illustrate projects based on such popular properties as Game of Thrones, Harry Potter, The Walking Dead, Beatrice Potter, Justice League and lots of pirates and dinosaurs.

The foreword, written by Rick West, explains the role of concept design in the themed entertainment industry. West has been one of the industry's most knowledgeable observers for more than 20 years as both working artist/show writer and founding editor of the popular industry blog "Themed Park Adventure." He has been a co-worker with Topper at two different studios and knows what he contributes "in the trenches" to create magic with a pencil.

While the work of studio artists is often included in books about theme parks, this is the first time an entire book has been published on the work of a single theme park artist. West writes, "The book is meant to entertain fans, educate students and to inspire the next generation of artist that will create the parks and attractions of tomorrow."

Very Fine
Signed with a drawing by the artist