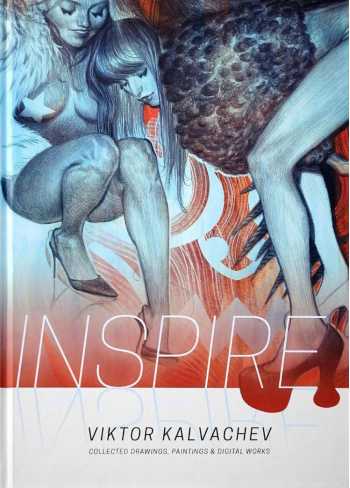 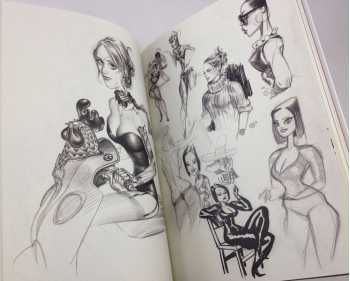 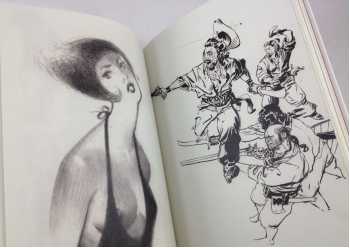 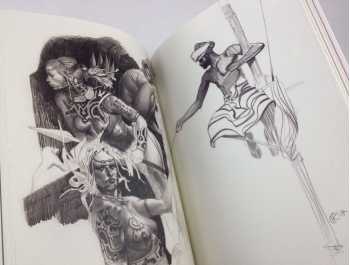 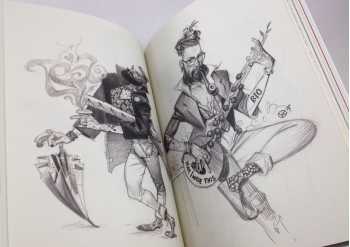 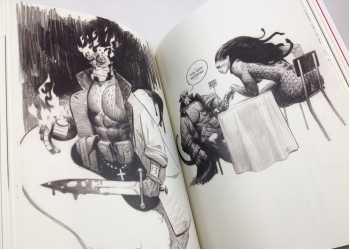 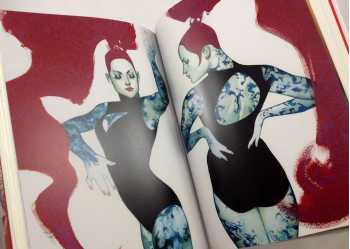 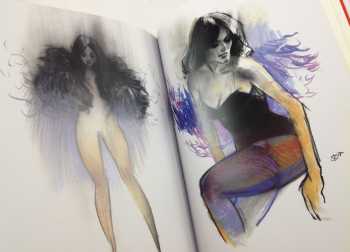 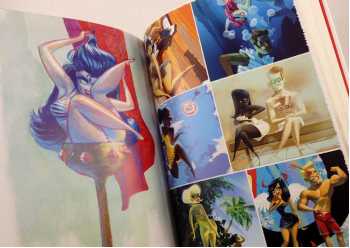 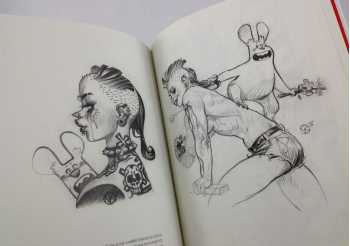 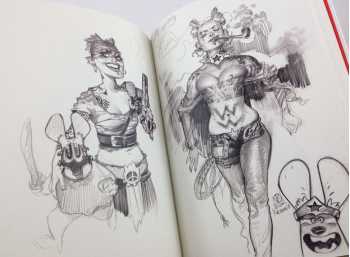 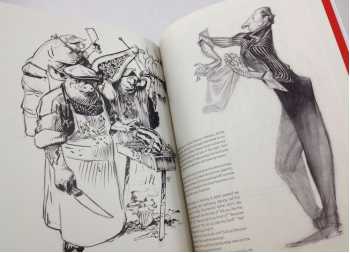 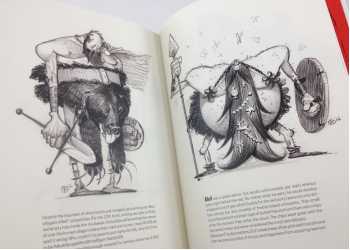 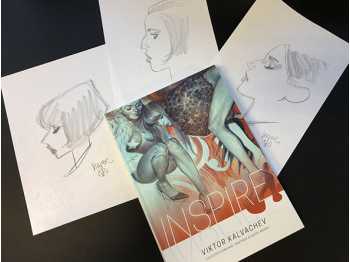 Each copy purchased from Stuart Ng Books comes with an original head sketch on big A4 paper (8.25 x 11.75 inches)!

That's right, a real original pencil sketch! Every order for Inspire will receive, along with the book, a free sketch!!!

Each sketch is different and will be randomly selected.

Inspire by Viktor Kalvachev is a collection of over 200 drawings, paintings and digital works created during the seven years he was living in Paris, as he filled the pages of his Moleskine sketchbooks with one drawing after another.

These drawings come from his own vivid imagination as well as the memorable street scenes that he was compelled to commit to paper. The women he draws are strong and independent, even in their vulnerability, drawn with appreciation for all their virtues, complexities and contradictions; the men are drawn with wit and humour depicting the cynical, the noble and the tender.