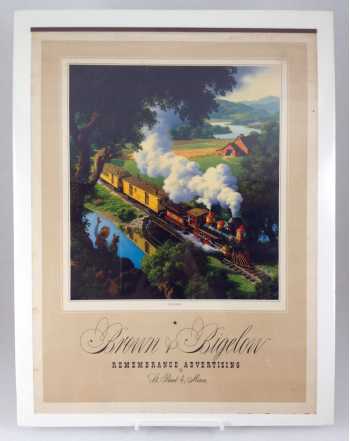 Paul Detlefsen (1899-1986) produced backdrops for films. He spent 20 years at Warner Brothers Studios, eventually rising to be in charge of the art department that created matte backdrops. He was nominated for an Academy Award in 1944.

After WB, Detlefsen shifted to a career in calendar artwork. His art was lithographed into calendars, reproductions, playing cards, jigsaw puzzles, mats for tables, and even four-foot wide wall murals. His first calendar, published in 1951, was "The Good Old Days", which focused on landscape art. In 1969, UPI estimated that 80% of all Americans had seen his work.