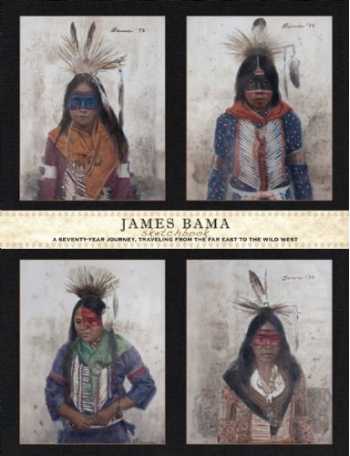 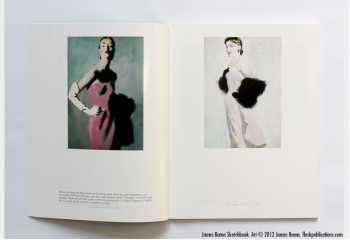 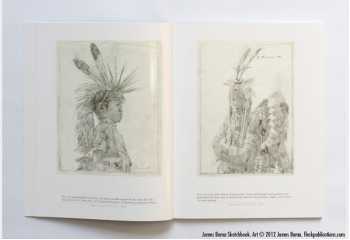 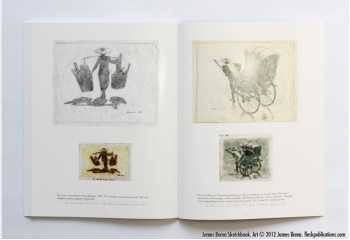 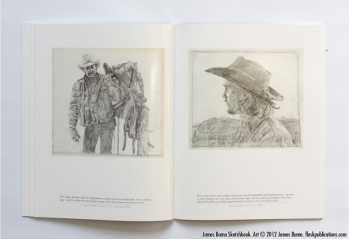 "The story behind James Bama's most enduring paintings are revealed in this personal journey.

Close to 230 sketches reveal the thoughts and process of this legendary artist. Travel along this lifelong journey with James Bama, as he chronicles the lives of those that inspired his art. This is the story behind the paintings.

Numerous sketches provide the background for some of his most famous fine art paintings. A large selection of preliminaries show the many ideas recorded for unfinished pieces. This book represents the first time Bama has opened his sketch archives to the public. Pencil sketches, and color composition drawings from his entire career are included. His preliminaries span works from his early teens, student years, and as a professional illustrator. However, the majority of works feature his fine art career: Native American, western, wildlife, mountain men, and landscape art inspired by the environment of his Wyoming home. Also included are works from his travels to China, Mexico, Tibet and Turkey."

"Born in 1926, James Bama has led a long and varied art career. As a youth in New York City, he graduated from the High School of Music and Art. Following his service in the U.S. Army Air Corps, he studied at the Art Students League with such notable instructors as Frank Reilly. Afterwards, he began a 15-year relationship at the Charles E. Cooper Studios. As a freelancer, he produced art for the Baseball Hall of Fame, New York Giants, and U.S. Air Force.

Bama's second career as a fine artist began in the mid-60s. After a few initial visits to Wyoming, in 1968 he decided to stay for good. During this time he progressed from an illustration career to more personal works, inspired by the environment of his new home. Contemporary Western and Native American subjects dominated much of his time. His peers and fans alike have heralded his realistic approach to the traditional and modern west. This career change resulted in a significant increase in fame and success.