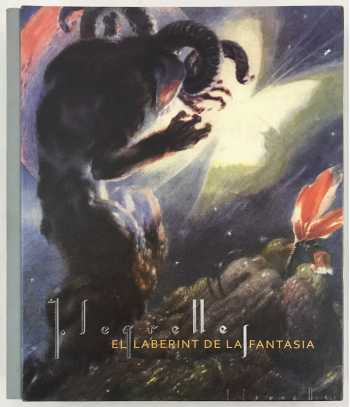 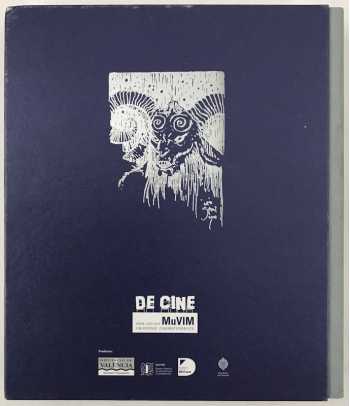 This Segrelles exhibition catalogue is the artist's most comprehensive retrospective in existence. It has a text section with approximately 140 color illustrations and a catalog with 258 originals reproduced in color and fully described. This catalog sold out immediately and must have had a very small print run because I am constantly watching for copies to pop up in Spain and there are no copies for sale.

Edited by the Valencian Museum of Illustration and Modernity (MUVIM), on the occasion of the José Segrelles exhibition entitled "The Labyrinth of Fantasy", held in 2015, with the participation of Guillermo del Toro (who was inspired by Segrelles for his film "Pan's Labyrinth") and William Stout (who contributes the essay "Segrelles in America"). 448 pages with numerous full color reproductions and ssays on Segrelles, his history and his work.

The exhibition featured 260 original works by José Segrelles (1885-1969) and more than 300 books and magazines showing his illustrative work. The book-catalog includes all the works exhibited and the text is in both Valencian and Spanish.

"Segrelles belongs to a select list of the greats of the illustration world: Dore, Rackham, Dulac and a few more--these great artists that expand the stories they illustrate. Segrelles transforms text and creates images that become definitive; he claims for himself much of the glory of telling such endearing stories. His enormous technical expertise goes hand in hand with a very personal artistic stamp. Perhaps that is why he is classified as an "Artist's artist." Segrelles is known and studied by visual creators of all countries and all media including, of course, the cinema. Segrelles is a total creator, a master of narrative and a world treasure."