Sign in | Register
HomeIllustrationGolden Age IllustratorsJoseph Clement Coll: The Art of Adventure - From the Estate of Nick Meglin 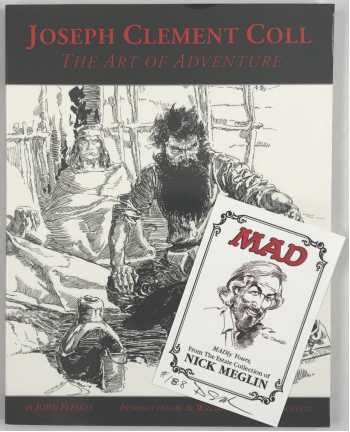 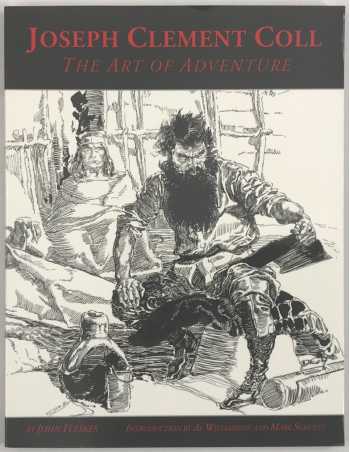 All images include the corresponding source information. A bibliography of Joseph Clement Coll's work for Associated Sunday Magazines is included as well."The hardbound edition is limited to 800 copies. In addition, contained within, is a bound in color plate reproduced direct from the original art exclusive to this special edition. The illustration was first used as cover art for the April 24, 1910 issue featuring The Garden of Fate."

There is little overlap between this volume and The Magic Pen of Joseph Clement Coll.

Near Fine (corners lightly rubbed, three dents and one light thumbdent to the back cover, tight,
From the collection of Nick Meglin with a Certificate of Authenticity