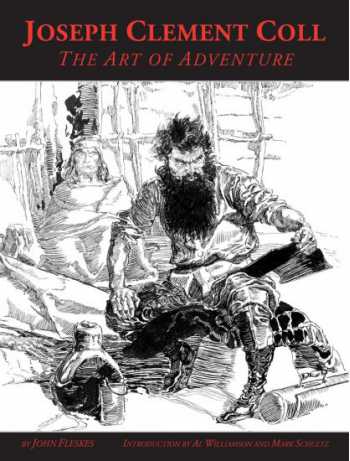 Coll executed hundreds of drawings for Associated Sunday Magazines. Because of Associated's rarity, these images have remained relatively unknown. Selected from a near complete run from 1904 to 1917  over 220 of the finest are reproduced here, many for the first time since their original publication. Over 40 have been scanned direct from the original art and rendered for the most part at full size, revealing the tonal effects lost in the original printed form. This is the first time such a large collection of Coll's originals has been assembled in one volume. Coll's work for Sir Nigel is reproduced nearly in its entirety, showcasing his brilliant imagination and ease at handling adventure art.