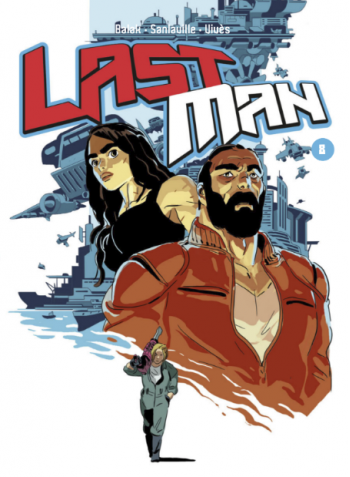 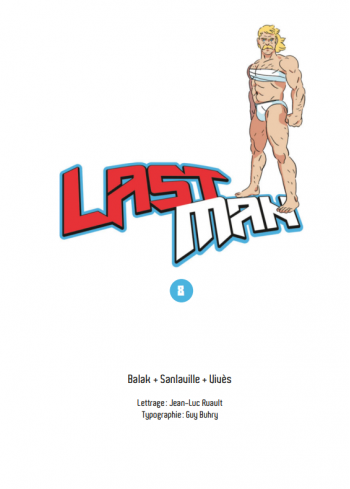 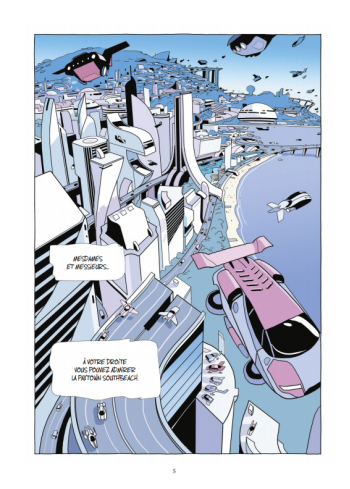 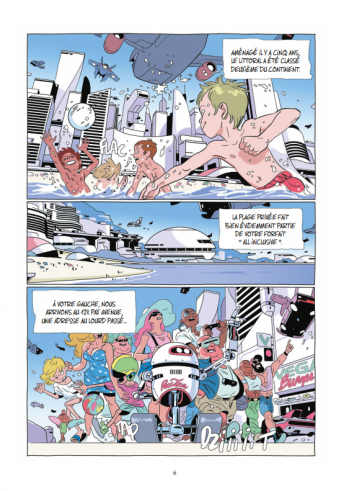 You may have read the first six-volume story arc of this manga-inspired action adventure series in English. Since First Second is extremely unlikely to continue publishing the series (for a number of reasons), we are importing the subsequent volumes in the original French editions.

Benefits of the French editions include the first ten pages in full color, and 12 extra pages of bonus material (the last 3 pages in color), in a dustjacketed paperback format.

This second six-volume story arc will wind up the series.

Paxtown ... Forget everything you thought you knew about this city that has become a nice seaside resort, a favorite destination for tourists and families. This tremendous upheaval is the work of its mayor, the ex-popstar and girlfriend of Richard Aldana: Tomie Katana who has made the fight against crime and the mafia her main fight!

Meanwhile, Richard and Adrian have found each other, but these ten years have left their mark and now these two men face each other ... as equals?

Bastien Vives is an award-winning comic book creator in France. Michael Sanlaville and Balak are both accomplished animation storyboarders as well as comic creators.