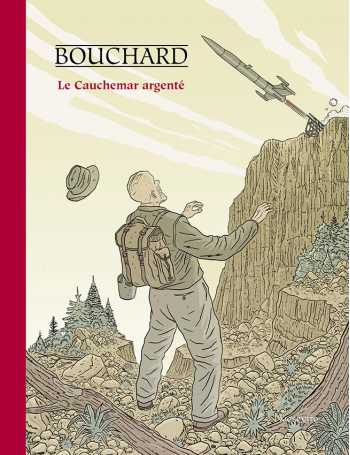 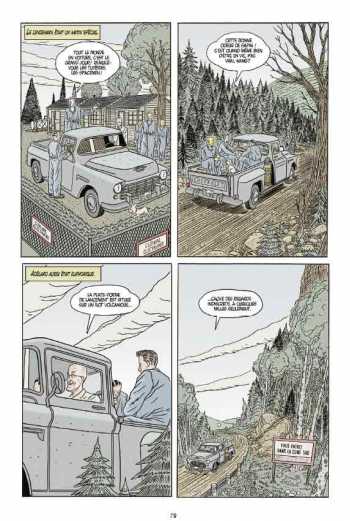 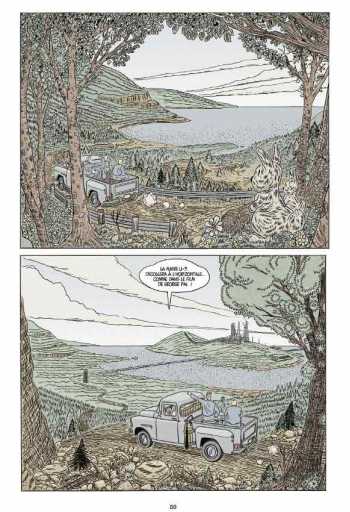 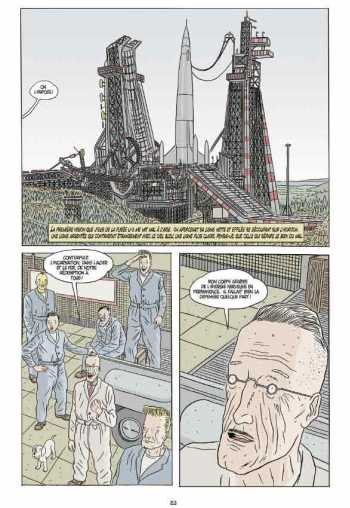 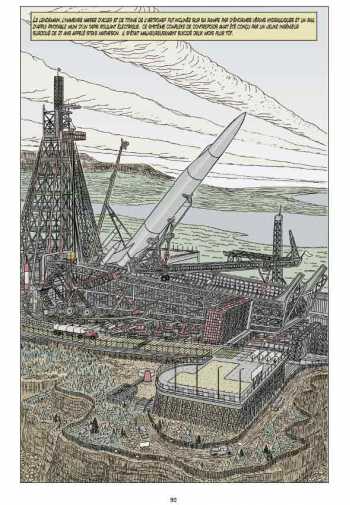 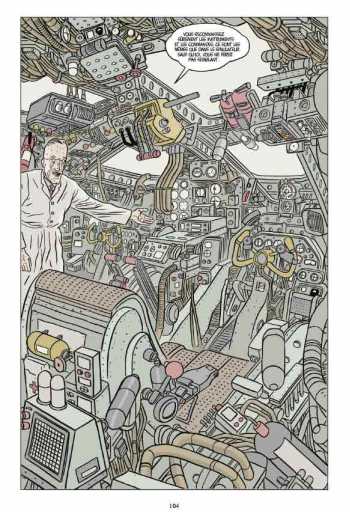 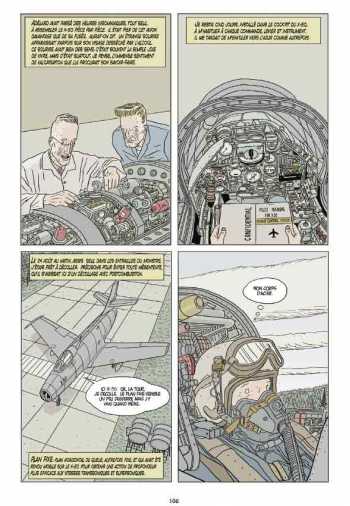 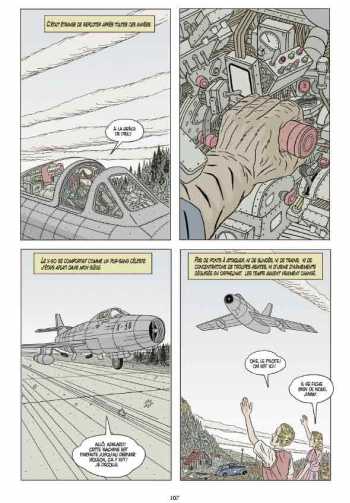 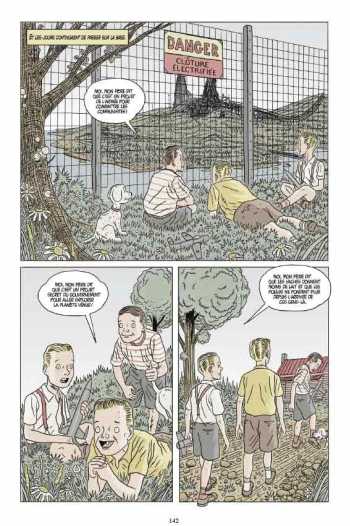 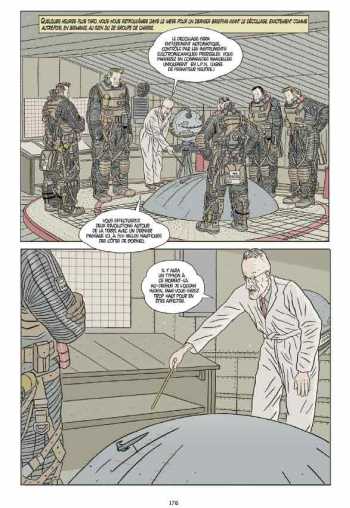 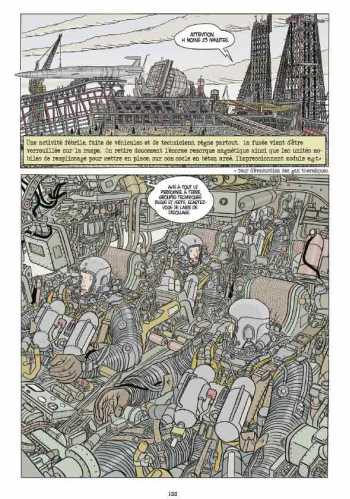 This album was a revelation to me. I'd never heard of Quebec comic book creator Grégoire Bouchard or this 1990s realistic science fiction comic. Bouchard's artwork is mesmerizing and is a blend of Charles Burns and Geof Darrow.

The Martians have decided to change planets in order to survive, they set their sights on the earth, but to reach their goal, they will have to get rid of the Terrans. The story takes place in a Canada of the fifties reconstituted in its smallest details. Humans who have barely emerged from the war indulge in the pleasures of consumption in all innocence ...

Through the meticulous preparation of the mission, the recruitment of pilots, Bouchard delivers a work of science fiction which is also a mirror of our society.

A series in two volumes.

Born in Montreal in 1965, Grégoire Bouchard published his first comics in fanzines, such as Krypton, of which he is the co-founder.

In 1992 he launched the mini-comic Strange Memories. He then became one of the regular contributors to Iceberg magazine in 1993. There he created the retired war pilot Bob Leclerc.