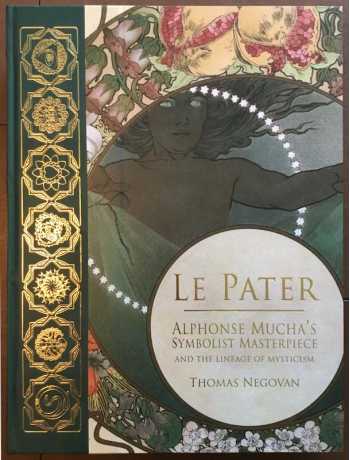 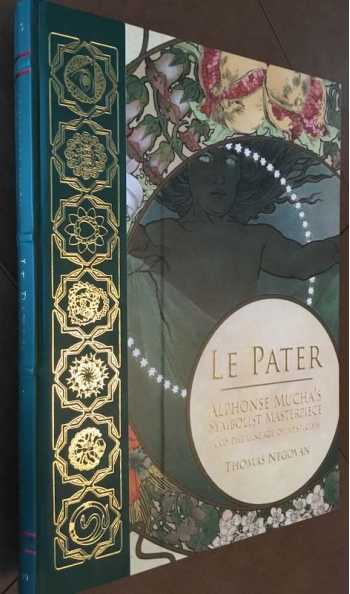 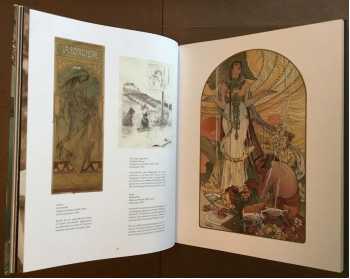 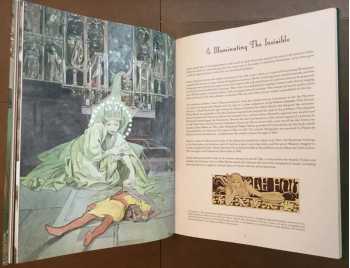 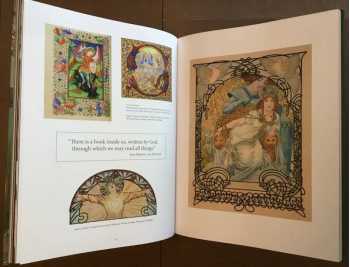 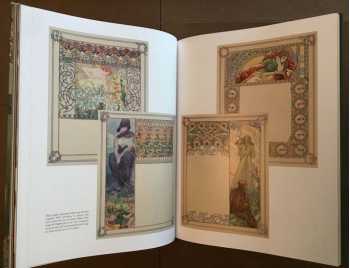 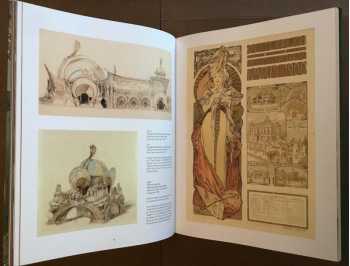 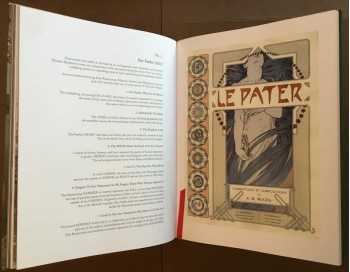 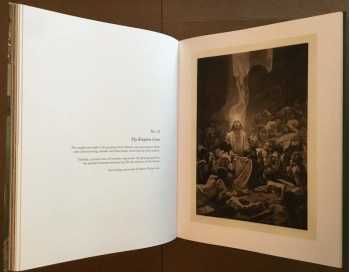 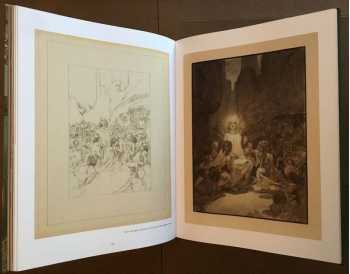 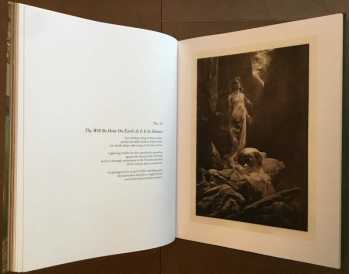 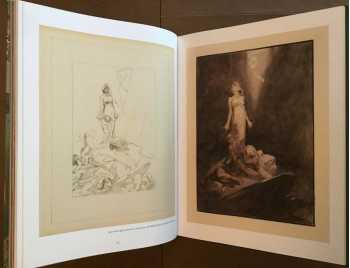 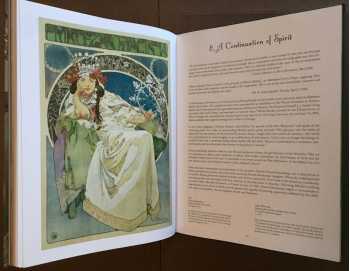 A beautiful, luxurious production reprinting a rare book by Mucha, Le Pater, an illustrated edition of The Lord’s Prayer. Published in Paris in 1899, it was meant to be Mucha’s message to future generations. This volume reproduces every page of that book--painstakingly restored to their original luster--and augments them with preliminary drawings, sketches, and a trove of scholarly material.

From the publisher Century Guild:

This giant 12 in. x 16 in. hardcover is printed to scale with Alphonse Mucha's original artworks for Le Pater. Published in ultra-high resolution on fine cotton paper with advanced color correction, deluxe varnishes, and gilt highlighting to create a boutique keepsake volume. This version is also greatly expanded in its academic research with the addition of important and rare historical photos and a thorough decoding of the Judeo-Christian and Masonic Symbolism hidden in the artworks.

A love letter to the close of the 19th century and a message of hope to the future.

By December 20, 1899, Alphonse Mucha had experienced four years as the most recognizable proponent of Art Nouveau graphics and the most celebrated illustrator in Paris. The massive output of the artist in his first four years in the advertising and decorative world earned much for Mucha's publisher but very little for the artist himself.

As the end of the century grew near, Alphonse Mucha insisted upon the release of a deeply personal work, and printed 510 copies of what he for the remainder of his life considered his works-on-paper masterpiece, Le Pater.

Decidedly non-denominational, Mucha's exploration features a female deity protecting humankind and a number of sophisticated occult themes across a series of images of mystical illustrations.

Unlike the advertising art that had dominated Mucha's output since his "discovery" by Sarah Bernhardt in late 1894, Mucha described this series of images to a New York reporter as "the thing I have put my soul into." (The Sun newspaper, 5 January, 1900)

Mucha's previous artworks were lithographed on numerous mediums ranging from paper to silk, in multiple formats; Mucha's publisher Champenois saw that Mucha was the most printed artist in Paris in the late 1890s. Mucha's concern, understandably, was likely that the imagery of his spiritual work would be capitalized upon. By 1899, he had earned the right to demand that the Le Pater images would be produced in an edition of only 510 copies, and subsequently saw the plates destroyed--ensuring the work would never be reprinted for mass-market purposes.

The images from Le Pater are mentioned in numerous Mucha books as his masterpieces and are universally acknowledged alongside his massive Slav Epic paintings as his finest work. However, as a result of Mucha's forced limitation of the publication of this masterwork, the rarity of the lithographs means that most books are limited to mentioning the images in the text and leaving the reader to wonder what these "lost masterpieces" might look like.

The original promotional materials for the Le Pater series name these artworks as of "rare interest and considerable importance". Over 115 years later, the description continues to ring true.