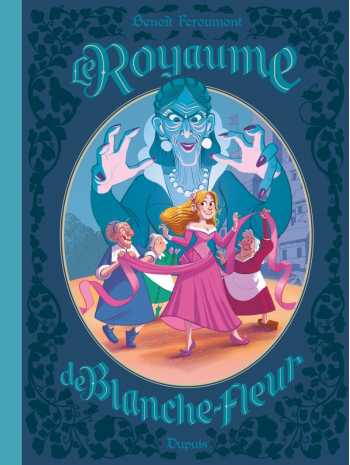 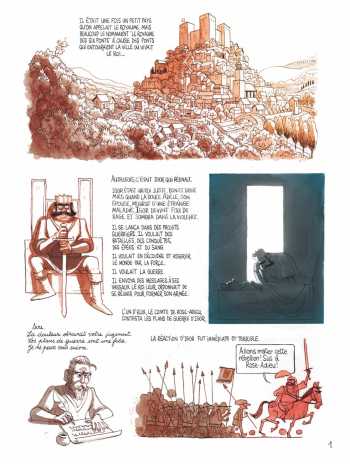 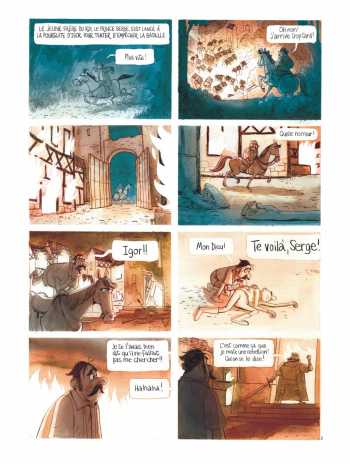 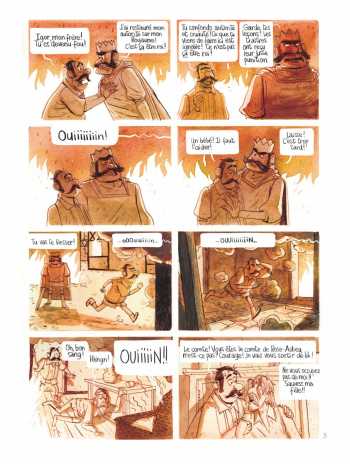 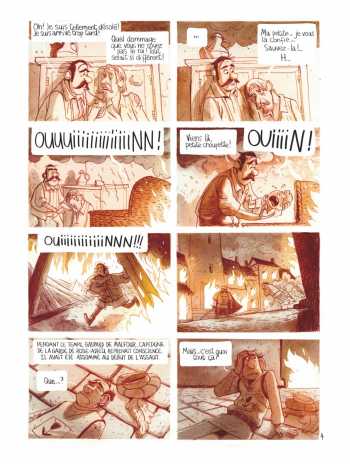 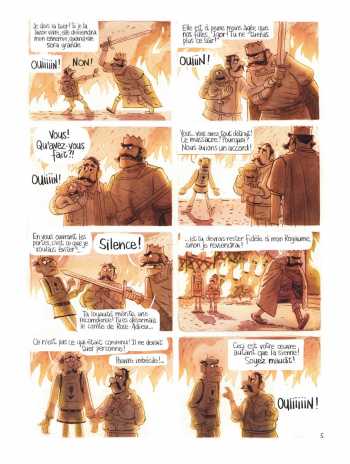 A relaunch of Benoit Feroumont's comic series about Anne, a pretty young innkeeper, and the royal family in a mythical kingdom in the middle ages.

"Le Royaume de Blanche-Fleur," features the characters from "Le Royaume," in a new series on an epic scale, full of twists, surprises, and drama.

Feroumont is a director of animated films who writes and draws comics in his spare time. His comics artwork has all the appeal and liveliness one would expect from an animator!

Serge is the benevolent ruler of the Kingdom of Blanche Fleur, where life is sweet and everybody is looking forward to a grand celebration--the wedding of Princess Cécile. Anne, the innkeeper, is especially excited, not only because she and Cécile grew up together, but also because the occasion will be good for her flagging business.

But the King has taken a shine to Anne, who has him eating out of her hand. Not surprisingly, the Queen is jealous and conspires against her, determined not to rest until she has eliminated "the little schemer."