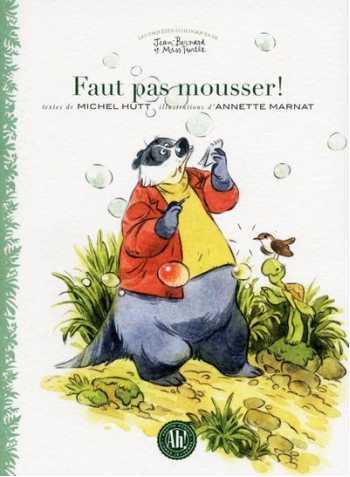 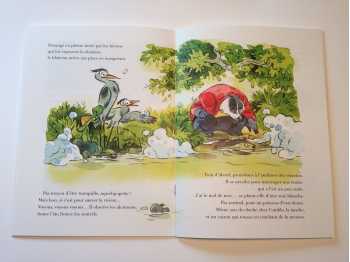 English title: The Ecological Investigations of Jean-Bernard and Miss Turtle: Do Not Lather!

Jean-Bernard the badger may have a prickly character, but he never fails to make himself useful and to protect the environment. He is tenacious, sometimes clumsy, and rather grumpy. He is a master of ecosystems and their functions. But what would he be without his accomplice Miss Turtle who, despite her fragile exterior, is an invaluable teammate? Slow but patient and very observant, she has no equal in creating positive energy. Together these two endearing investigators trace a strange pollution that is poisoning the river and its inhabitants.

Annette Marnat brings to life the riverside and its residents in a series of buoyant watercolors in a children's book that both entertains and educates.