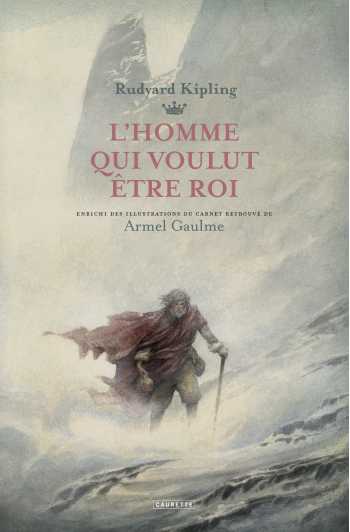 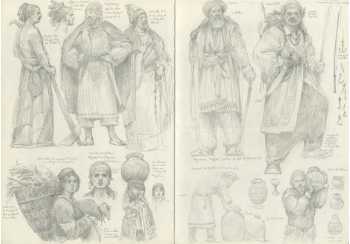 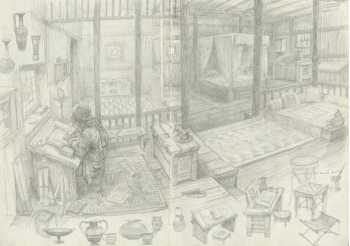 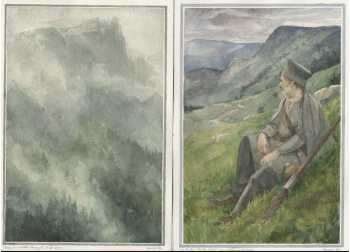 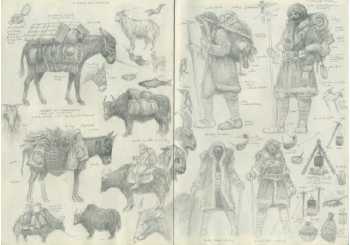 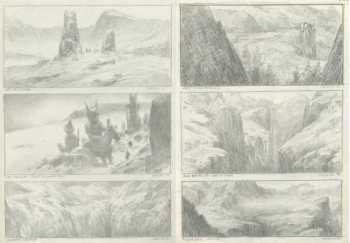 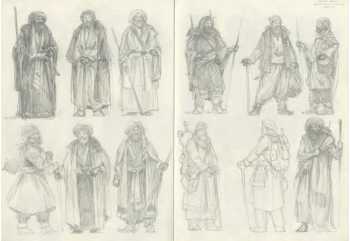 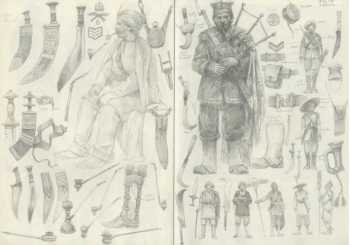 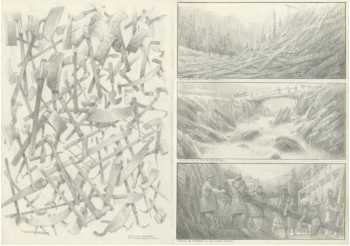 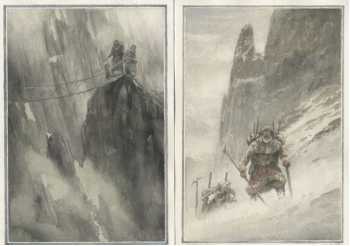 Rudyard Kipling's novella "The Man who would be King" enriched with 141 full-page illustrations by Armel Gaulme.

"The Man Who Would Be King" (1888) is a novella by Rudyard Kipling about two British adventurers in British India who become kings of Kafiristan, a remote part of Afghanistan. It was made into a 1975 film adapted and directed by John Huston and starred Sean Connery and Michael Caine.

Everyone knows Kipling's novella, if only by name, but few know that Dravot and Carnehan were accompanied by Armel Gaulme, a French artist who documented their journey. Unfortunately, his notebooks were lost and thought to be gone forever. It is by a near miracle that they have resurfaced more than a century later and that Éditions Caurette can today publish this unique testimony of a vanished world...

We know very little about Armel Gaulme, the author of the notebooks who documented Dravot and Carnehan's journey to Kafiristan. Some handwritten notes attest to his French nationality, but apart from a blurred picture and some scattered mentions, no information about his life exists. It is with extraordinary luck that his notebooks, which were believed to have been lost for more than a century, are making headlines today. The story of their rediscovery alone deserves a novel, but suffice it to say that four generations later, it is a descendant of the Gaulme family who, after a quest of nearly 10 years, managed to lay his hands on the famous documents. This descendant who, ironically, is also named Armel, has told Editions Caurette to publish these unpublished archives.

Armel Gaulme is an illustrator and painter living in Paris. Gaulme works as a concept artist and teaches classic drawing and perspective at Penninghen/Académie Julian (Paris).