Sign in | Register
HomeNew ArrivalsLife Through the Ages: A Commemorative Edition (Near Fine) 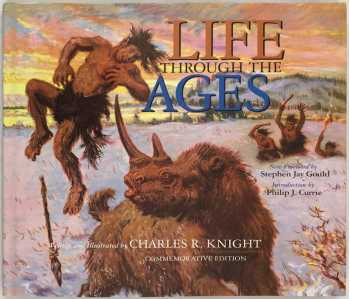 First published in 1946 Charles R. Knight's "Life Through the Ages" was for many a much-beloved first look at the strange animals of the prehistoric past. For much of the last century, Knight's reconstructions were the key resource for popular images of ancient life. His paintings and drawings were displayed as part of museum exhibits, notably the American Museum of Natural History in New York and the Field Museum in Chicago. Knight illustrated numerous books and magazine articles, and even influenced movie portrayals of dinosaurs and other prehistoric beasts. Knight's work was highly regarded both for its artistic skill and for its scientific accuracy, closely based, as it was, on the knowledge of its time. Although new discoveries and new research have changed the view of many of the animals depicted by Knight, his work remains valuable and is treasured by a new generation of scientists and paleo-artists.

For this new edition, many of Knight's original drawings were re-photographed. A new Foreword by Stephen Jay Gould reflects on Knight's work and a new introduction by Philip J. Currie discusses paleo-science and Knight's restorations.

Near Fine in Near Fine dustjacket (light wear)