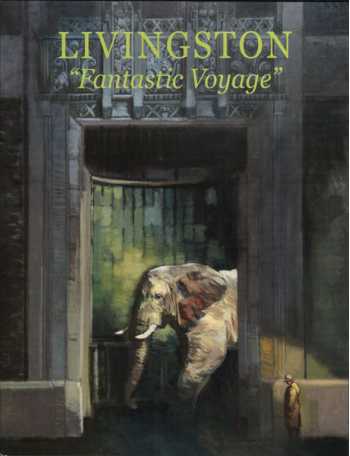 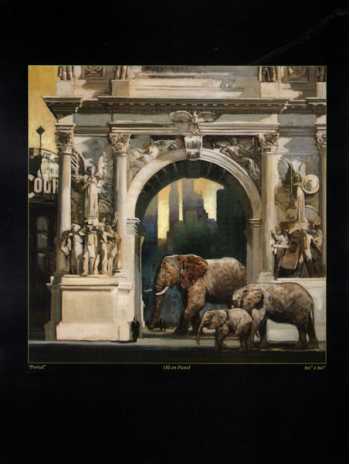 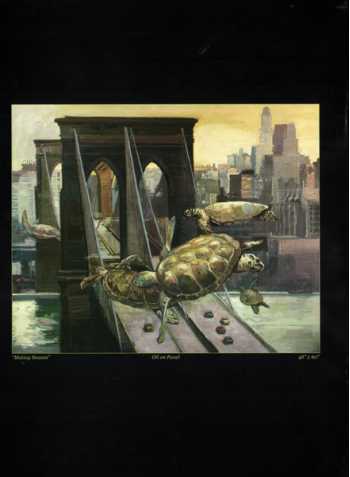 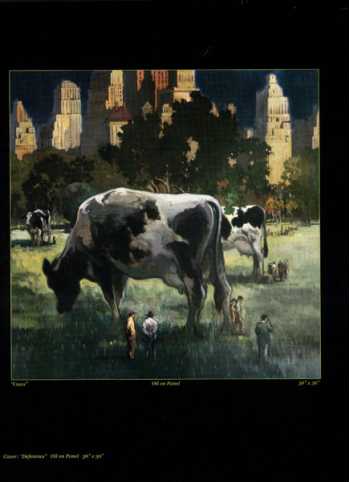 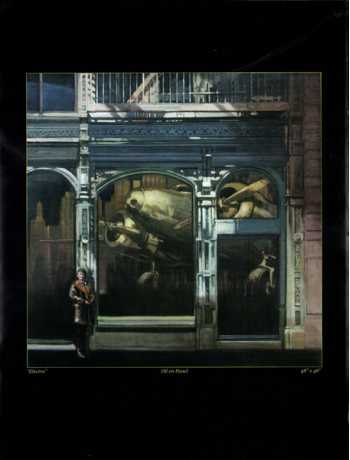 Livingston is simultaneously a commercial illustrator and a painter with exhibitions in galleries on both coasts. Livingston’s subjects have been New York building fronts, roofscapes, abandoned movie theaters or amusement parks, often with warm, abundant sunlight.

In the eleven oil paintings in his latest Arcadia Gallery show, he explores new subjects.

In his latest work, he floats animals through the skies, parks and large scale building interiors of New York, as well as placing other objects like steamships similarly out of context.

In these, he brings the same painterly sensibility as evident in his paintings from life, giving his fantastic visions a kind of immediacy and authenticity that more sharp focused realism could not.