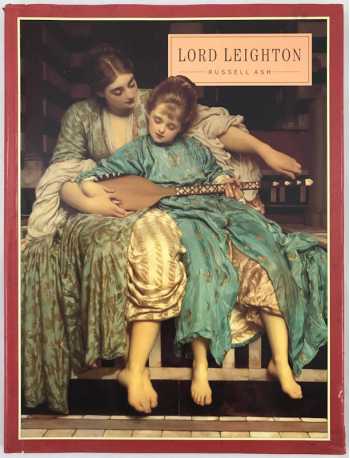 56 color illustrations, including 41 full-page color plates. Out of print.

Frederick, Lord Leighton (1830-1896) was one of the most respected artists of his day. He was a leading exponent of what has latterly been described as "sentimental classicism", a style that drew together traces of the ancient classical traditions of Greece and Rome, with the moral idealism and emotional content typical of much Victorian art. In Leighton's work the rich, jewel-like colours of the Pre-Raphaelite circle are evident, as are the flowing lines and arabesques of the Symbolist school. These differing influences combine in Leighton's art to produce sensuously coloured, often erotically charged paintings, best characterized by his masterpiece "Flaming June". His painting and sculpture were much admired in his lifetime, and he was rewarded with presidency of the Royal Academy and honoured by being the first artist to be granted an English peerage. His work is well distributed in important galleries around the world, and many of his works are displayed at Leighton House, now a museum in London's Holland Park. This monograph is published to celebrate the centenary of the artist's death.