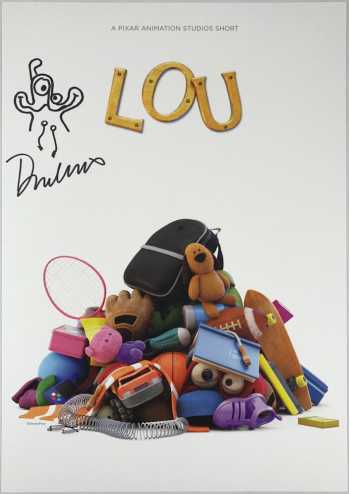 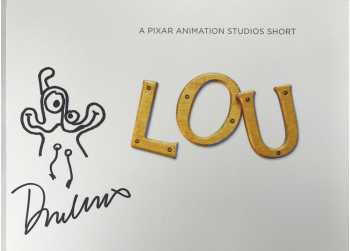 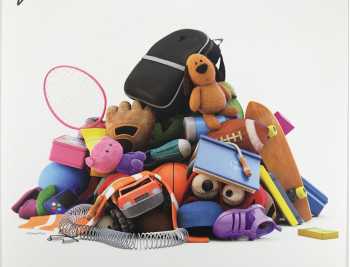 A beautiful cardstock poster signed by the writer-director Dave Mullins with a drawing of Lou.

Lou is a 2017 Pixar short film written and directed by Dave Mullins. It was theatrically released alongside Pixar's Cars 3. The short is about a lost and found box and the unseen monster within. It was nominated for the Academy Award for Best Animated Short Film at the 90th Academy Awards.

Manufactured for the Pixar Animation Studio in Emeryville, CA. Not commercially distributed.

Very Fine
Signed by the director with a drawing