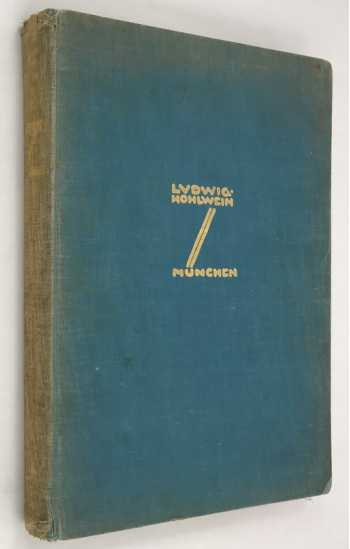 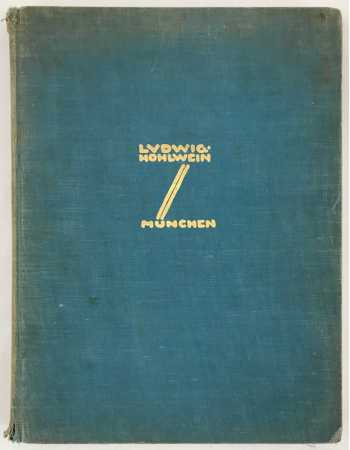 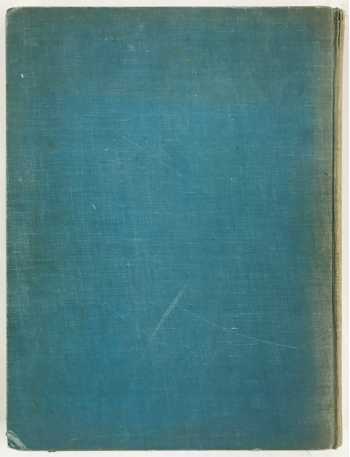 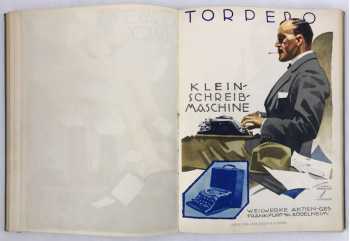 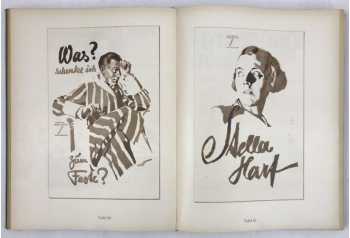 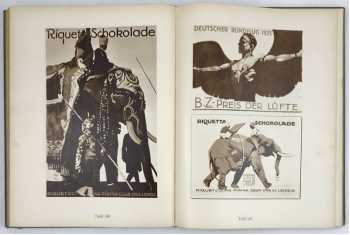 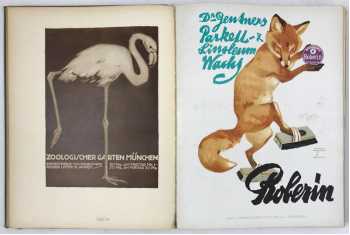 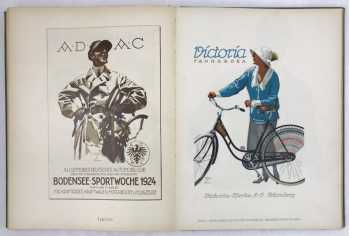 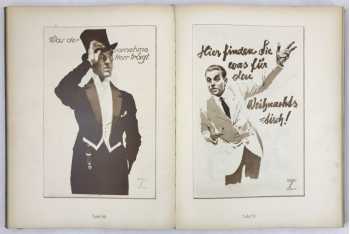 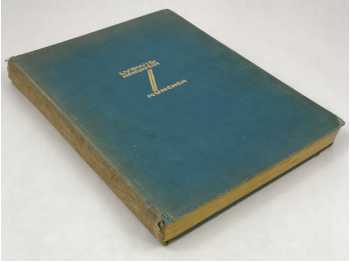 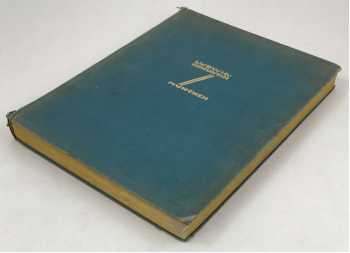 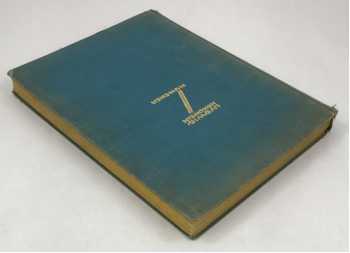 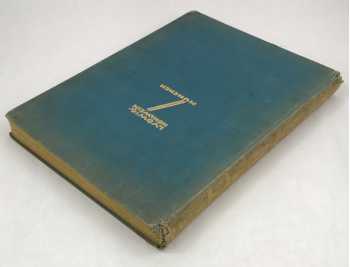 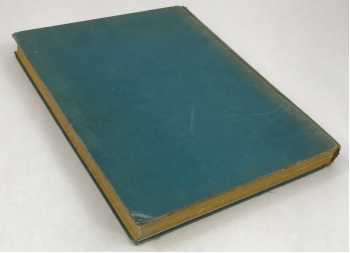 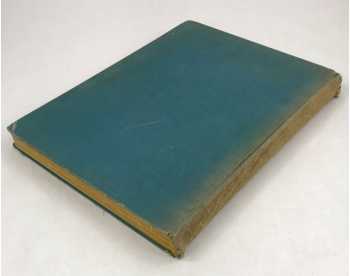 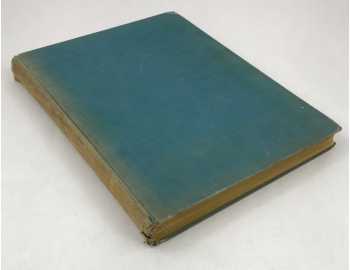 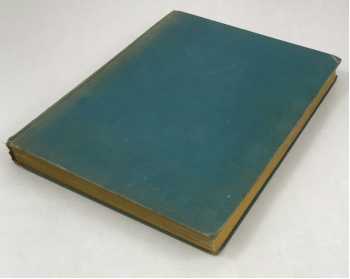 Ludwig Hohlwein (1874-1949) was the most renown German commercial artist of the 20th century. Hohlwein was a master of design, the human figure and animal anatomy. His work is dryly humorous much like J.C Leyendecker's.

Between the World Wars, Hohlwein enjoyed great popularity. By 1925, he had already designed 3000 different advertisements. In 1926, this thick monograph was published.

Plus 69 color plates--each lithographed by the same lithographer that created the poster reproduced!

Compiled and edited by H.K. Frenzel with an Introduction by Walter F. Schubert. Three essays: Ludwig Hohlwein and German Commercial Art, The Hohlwein Poster, and Graphics in Small Format. Translated into English by Herman George Scheffauer. The book is fully bilingual. All the text is in both German and English.

This is one of only two major monographs on the artist. The other was published in 1996. Both are quite hard to find.

This volume in particular, with its delicate blue cloth covers which are usually found faded and worn, and its high quality color lithograph plates, is often taken apart and the plates sold individually.

More on the artist:

Hohlwein's self-taught style was primarily influenced by the collage technique of the British Beggarstaff Brothers.

Accelerating industrialization in the first decade of the twentieth century turned Germany into a fertile ground for the orientation of art towards industry. The combination of industry and art gets an ideal testing ground in the design of company posters and product advertisements.

After Art Nouveau we entered the early modern period rebelling against what is Victorian excess. In the German "plakatstil" (or poster-style) all ornaments and embellishments are further omitted. The simplification is even more extensive, leaving only taut lines. This leaves us with recognizable pictorial references and a persuasive communication, a style consistent with the commercial and technological demands of the age. This new type of poster soon became far-famed.

Ludwig Hohlwein in the southern city of Munich and Lucian Bernhard in the northern city of Berlin quickly became the leaders of this "Plakatstil." Between both World Wars Hohlwein enjoyed great popularity. By 1925, he had already designed 3000 different advertisements and had become one of the best-known German commercial artist of his time.

In 1923 a New York exhibition of his posters introduced him to the advertising industry in the United States, which earned him commissions for Camel and Fatima Cigarettes.

He had a signature style of applying colors, letting them dry at different times, and printing one on top of the other, producing modulations of shading. The subject seems to be reduced to coloured surfaces and points, a network of interlocking shapes in a vivid and elegant pallet of colours. Ludwig Hohlein plays with only a few elements, light and dark, foreground and background in his compositions.

Although the image was always the dominant element, he did not lose sight of his lettering. He used both serif, sans-serif and gothic typefaces, matching them to the subject he depicted. His typography was always readable and grouped in a few lines, often forming a square.