Sign in | Register
HomeAnimation & FilmMantan The Funnyman: The Life And Times Of Mantan Moreland 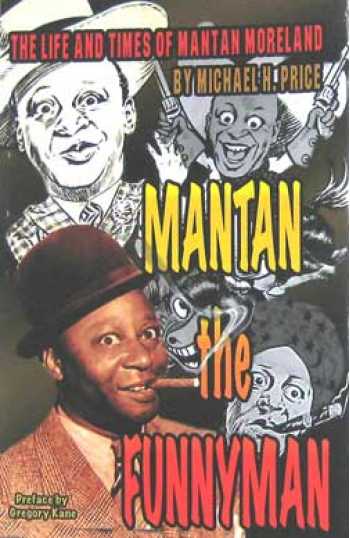 From the back cover: "Mantan Moreland would become Louisiana's richest gift to the funnyman traditions of Old Hollywood. He would happily wield his charm and charisma as second banana in a slew of films of the 1930s and 40s. Moreland found his place in the spotlight, if not quite the sun, during the waxed-and-waning years of the Great God A mighty Depression as These United States lurched back toward prosperity via warfare. Thus situated, Moreland stood his ground for more than a decade before he found himself maneuvered toward a lower station in an upheaval of Cultural Correction. Mantan Moreland was one of Old Hollywood s most energetic comedians all due respect to the enshrined houses of Marx, Fields, Keaton and Chaplin. And Moreland's story, related in the most direct terms short of his own account, shows him to have been the most resilient, defiant and resurgent of that lot, as well. That is, within the limits imposed by the spirit of the times, a forgetful mass audience, and the disloyal marketplace itself. Hopefully Mantan the Funnyman will help Mantan Moreland find his well-deserved place in the sun."