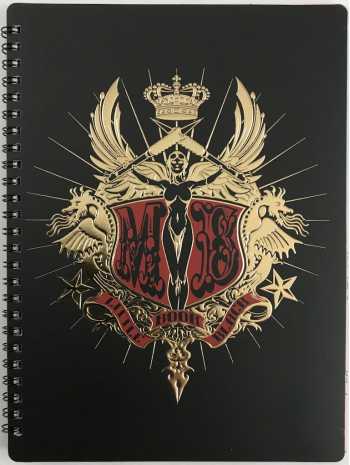 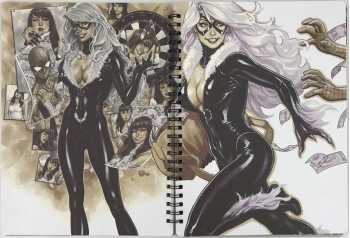 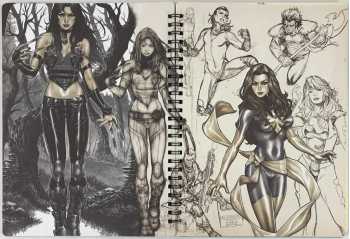 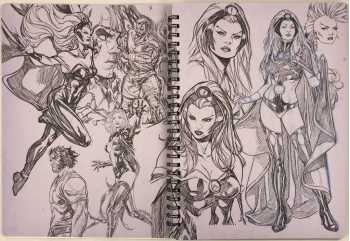 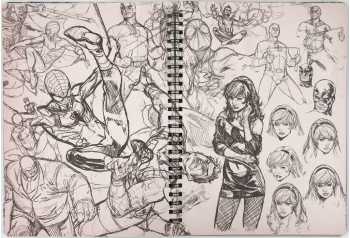 "The book is 48 pages full color spiral bound with a gold leaf cover on satin black finish. And unlike previous books that contain both finished work and sketches, this book is grungy. Nothing but sketches, pencils, layouts, and doodles. It's a true process book showing all the behind the scene stuff that goes into the finished pieces. I would guess that 80% of this book is stuff you've never seen before and can only be seen in this book. Also unlike my previous books, this is limited to only 1000 copies and once they're gone, they're gone."