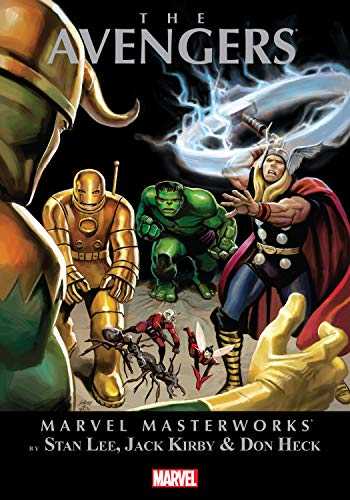 Pick up the adventures of Earth's Mightiest Heroes from day one with the Marvel Masterworks! Comicdom's greatest assemblage of super heroes burst onto the scene in 1963 as Marvel Comics revolutionized the comic-adventure art form. Gathering together to face the evil Loki, Iron Man, the Incredible Hulk, Ant-Man, the Wasp, and the Mighty Thor formed the improbable core of the ever-changing super-team. But it was three issues later when, from the ice of the northern Atlantic, Captain America returned from the frozen depths that the Avengers truly took form. Illustrated by Jack Kirby and Don Heck, and written by Stan "The Man" Lee, you'll find the first appearances of Kang the Conqueror, Wonder Man, the Space Phantom and Baron Zemo, the debut of the Masters of Evil and the Hulk's departure from the team, and subsequent battle with the Sub-Mariner vs. the Avengers. They're Marvel Masterworks one and all!