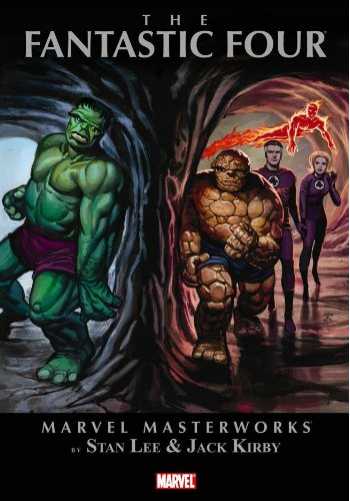 The Fantastic Four return in another collection of classic tales by the team that built the House of Ideas, Stan Lee and Jack Kirby!

Creating the World's Greatest Comic Magazine wasn't enough for these two talents, now they had to prove it-and here how! Across ten trend-setting issues, the Thing and the Hulk face-off for the first time; the FF journey to the moon to grapple with the Red Ghost and his Super Apes and first encounter the cosmic presence of The Watcher; the villainous Puppet Master bends the might of Namor, the Sub-Mariner, to his will; the Mad Thinker unleashes his Awesome Android; Rama-Tut (a.k.a. Kang the Conqueror) sends the FF to ancient Egypt; Dr. Doom returns in a two-part epic guest-starring the Astonishing Ant-Man; the Molecule Man menaces the world; and, for the first time, the wild and wacky Impossible Man drops in from the planet Poppup.

Oh, and we couldn't forget, it's all topped off with a star-studded, action-packed Annual featuring the Sub-Mariner's all-out aquatic invasion of New York City-with bonus pinups-a-plenty and a back-up feature pitting the FF vs. Spider-Man!