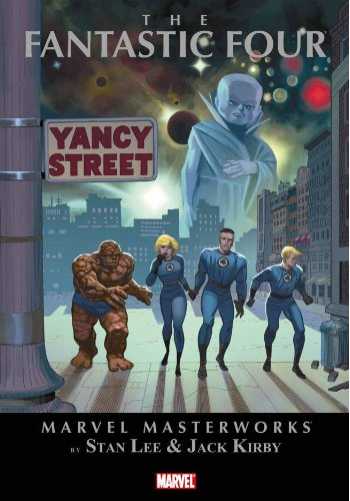 Celebrate Marvel's 70th anniversary by experiencing the tales of the world's most-famous super heroes from the very beginning! The Marvel Masterworks have brought readers deluxe hardcover collections of Marvel's classics from the Golden Age, Atlas Era, and the mighty Marvel Age, and now you can join in the Masterworks excitement with Marvel's new, monthly Marvel Masterworks trade paperbacks. While testing an experimental spacecraft Reed Richards, Ben Grimm, and Sue and Johnny Storm were exposed to a bombardment of mysterious cosmic rays. Upon their return to Earth, they found that they had gained wondrous abilities, the likes of which had never been seen before. That voyage was the first of many extraordinary adventures for these friends, who became known to the world as: Mr. Fantastic, The Thing, The Human Torch, and The Invisible Girl - The Fantastic Four!