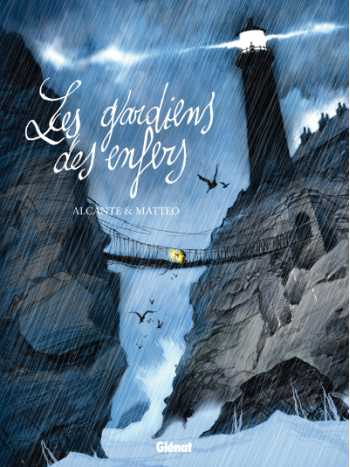 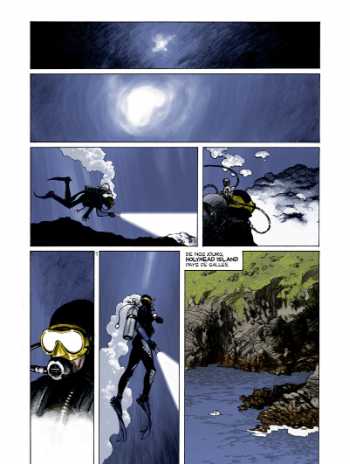 "Guardians of the Underworld." A classical gothic horror story with beautiful artwork.

"According to whether they are located on land, on an island, or at sea, lighthouse keepers put them in three categories: paradise, purgatory, and hell! Located in Wales, the South Stack Lighthouse is so hard to get to, it is put without hesitation into the latter category. It also has a reputation as haunted, among the most terrifying in Britain! "Based on fact, Les Gardiens Des Enfers reveals the origin of obsession, an origin dating back to the night of October 25, 1859. A night of horror in which the elements were unleashed not only at sea but also inside the lighthouse! A night that sealed the fate of his young goalkeeper, Jack Jones ..."

Includes an extra dossier only in this first printing.