Sign in | Register
HomeIllustrationGolden Age IllustratorsMaxfield Parrish: A Retrospective
149 of 315 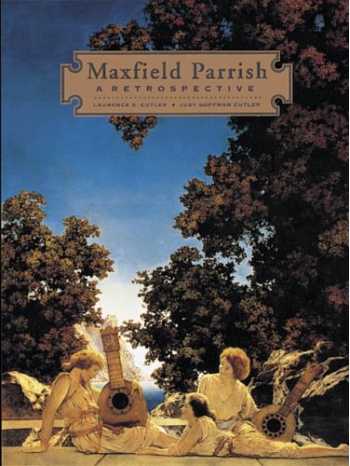 From the jacket flap:

Maxfield Parrish has long been considered one of the greatest American illustrators of the twentieth century. In the early 1920s, when his works Garden of Allah and Daybreak were reproduced as art prints, he quickly became one of the best known and most beloved artists America had known or would ever known. Many of the artworks that appear in Maxfield Parrish: A Retrospective, have never been reproduced before.

Other plates are especially significant because they reproduce for the first time the original paintings-rather than prints made from them. Included are over 130 color plates and more than thirty black-and-white illustrations and historical photographs, along with an essay from Joanna Maxfield Parrish, the artist' s granddaugher, and text by Laurence S. Cutler and Judy Goffman Cutler of the American Illustrators Gallery in New York City.