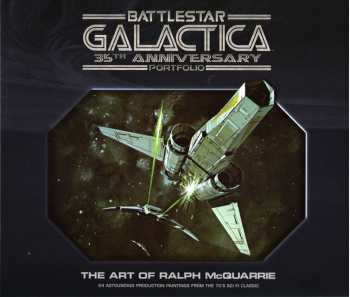 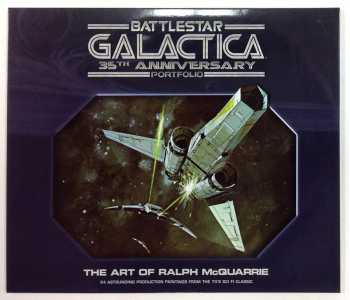 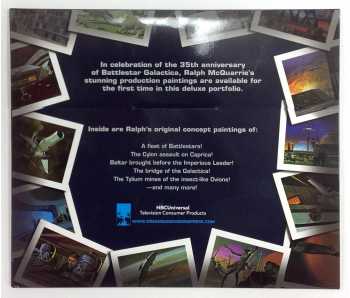 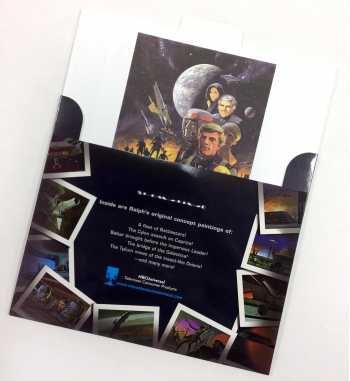 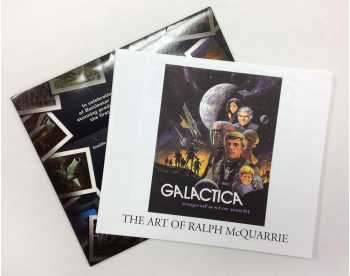 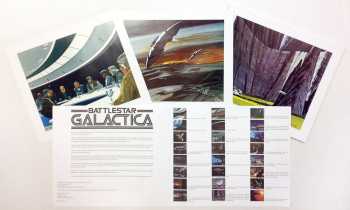 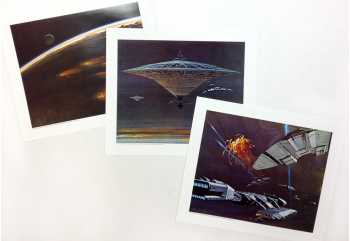 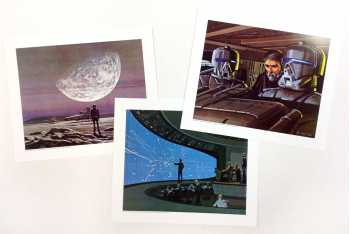 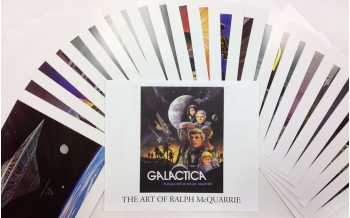 For the 35th Anniversary of the original Battlestar Galactica TV series this year, Dreams and Visions Press has produced The Art of Ralph McQuarrie Battlestar Galactica Portfolio. Ralph's 24 production paintings are presented in a portfolio for  the first time. Measures 11x13 in a fold-out clamshell folder. It was patterned after the Ralph McQuarrie Star Wars Portfolios of the seventies and eighties and is guaranteed to give you a nostalgia rush!