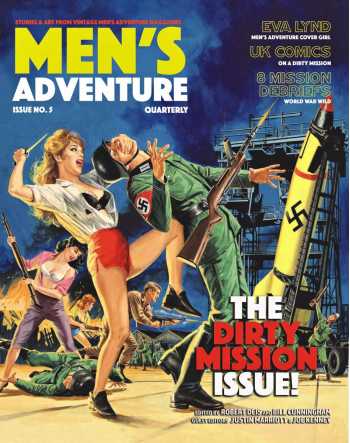 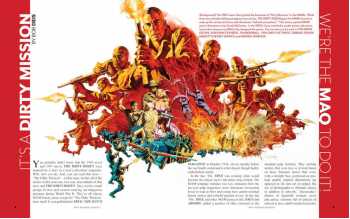 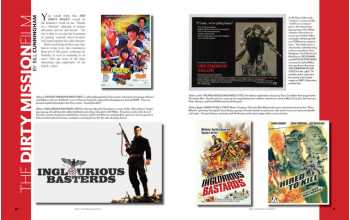 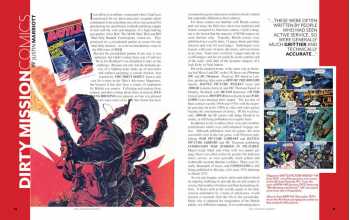 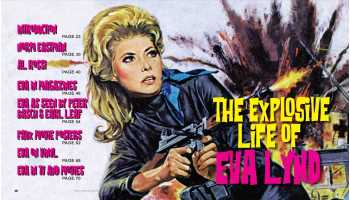 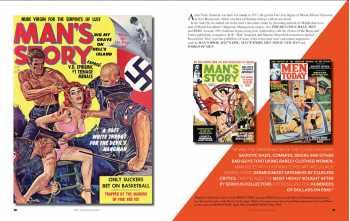 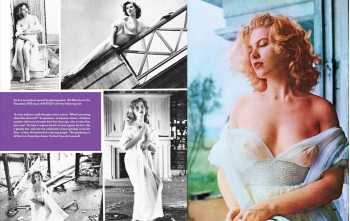 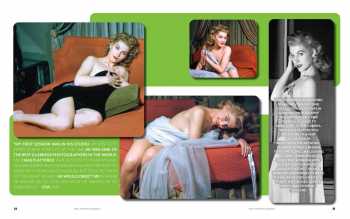 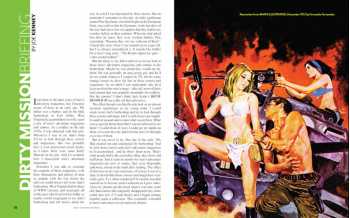 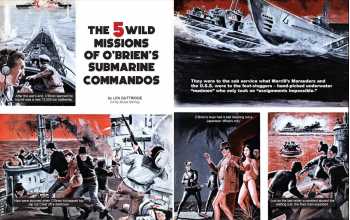 MAQ #5 is the "Dirty Mission" issue! It features: "Dirty Dozen" style stories and artwork from men's adventure magazines, including the MAM story that inspired the DIRTY DOZEN novel and movie; seven other classic MAM "Dirty Mission" stories; an introduction by Joe Kenney, author of the Glorious Trash blog; a special section about the legendary artists' model, pinup model and actress Eva Lynd and artist Norm Eastman, who often used Eva for his wild covers; an article about British war comics by Justin Marriott; an amazing layout by co-editor Bill "Mad Pulp Bastard" Cunningham; and much more! The MAQ is an 8 x10 perfect bound paperback format. MAQ #5 is an extra long issue with 171 pages.

You are undoubtedly aware of the classic movie THE DIRTY DOZEN. But you probably didn't know that the 1965 novel THE DIRTY DOZEN by E.M. Nathanson and the 1967 movie adaptation were inspired by a story in a men's adventure magazine. Well, now you do. And, you can read that story in MAQ #5. It was first published in TRUE, October 1944. The writer of the story, Arch Whtehouse, was a World War I veteran and aviation history author who worked as a war correspondent during WWII. He based it on a brief article he saw in the US Army's official magazine, STARS AND STRIPES about a real squad of tough paratroopers on the European front who were sent on hazardous demolition missions behind enemy lines. They were originally called "The Dirty Dozen" until a 13th member was added to the squad.

The "Filthy Thirteen" cut their hair in Mohawk fashion and painted their faces like Indian warriors before they jumped. Whitehouse embellished their exploits, but they were indeed incredibly tough mofos whose ability to parachute in and blow stuff up played an important role in several battles.