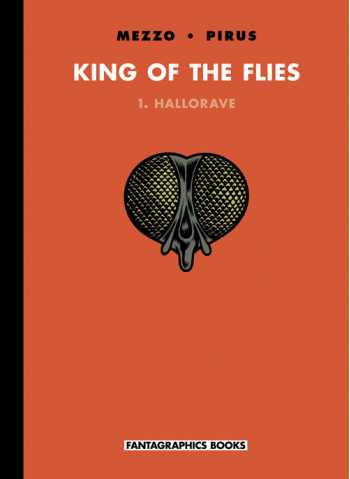 "Set in a suburb that is both nowhere and everywhere, King of the Flies is a glorious bastard, combining the intricacy and subtlety of the best European graphic novels with a hyperdetailed, controlled noir style derived from the finest American cartoonists.

"Mezzo and Pirus, previously best known in Europe for a series of cynical, brutal gangster stories, have abandoned their guns and gals for this cycle of suburban stories, but in King of the Flies the violence has just (for the most part) been interiorized.

"King of the Flies first appears to be a series of unrelated short stories, each starring (and narrated by) a different protagonist, but it soon becomes obvious that these seemingly disparate episodes weave together to form a single complex narrative, with events that are only glimpsed (or even referred to) revisited from different perspectives — revolving around Eric, a ne’er-do-well, drug-taking teenager at war with his stepfather and, apparently, the whole world. (He is the titular King.)

"King of the Flies is designed as a trilogy of albums, which will combine to form a single graphic novel of stunning intricacy and intensity."