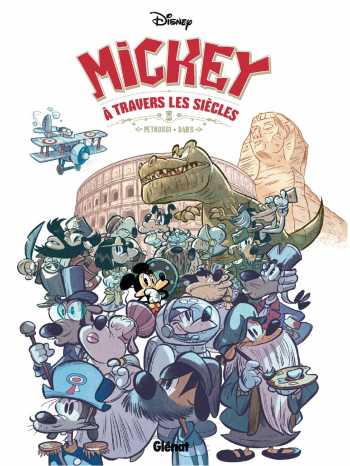 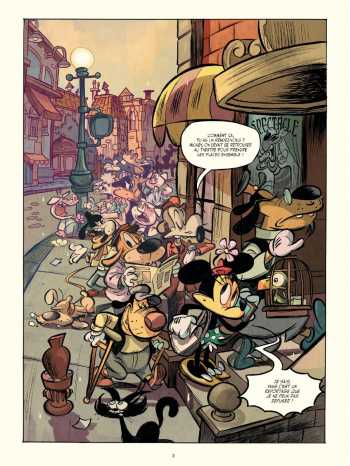 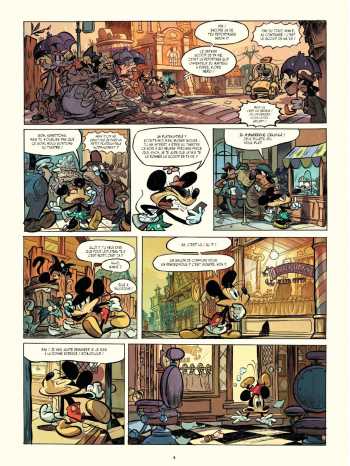 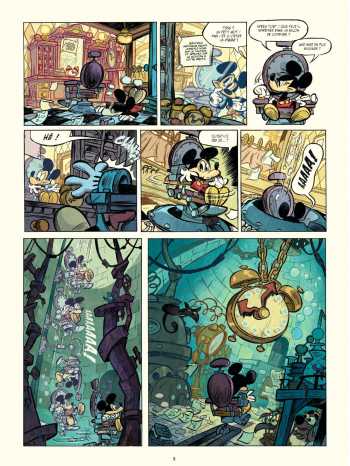 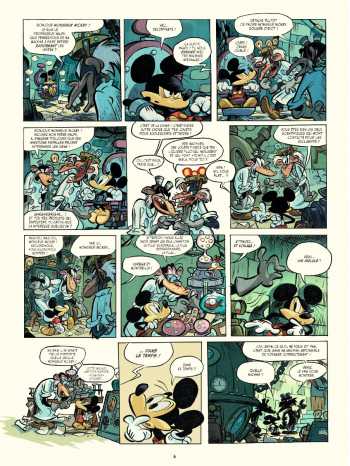 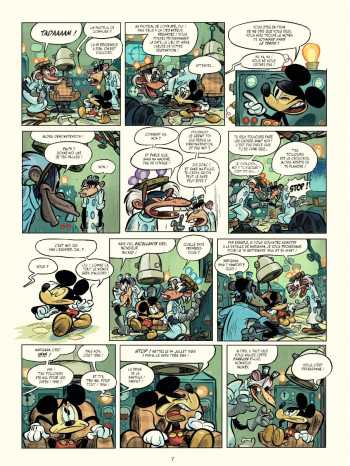 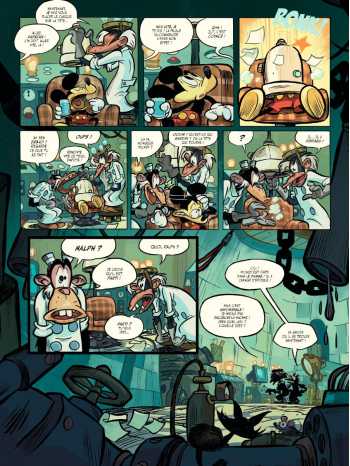 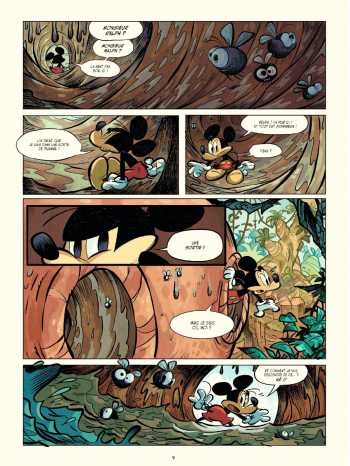 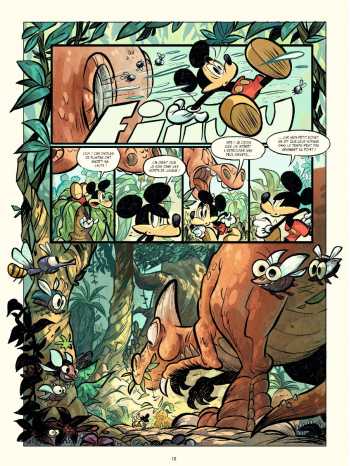 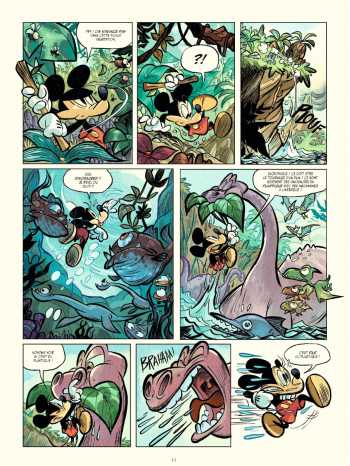 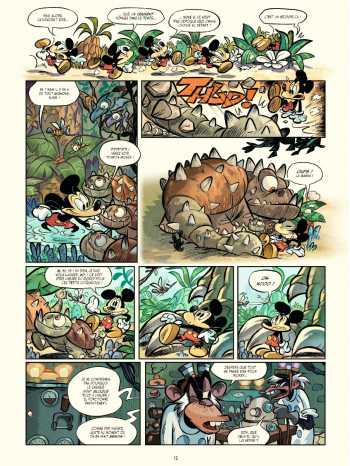 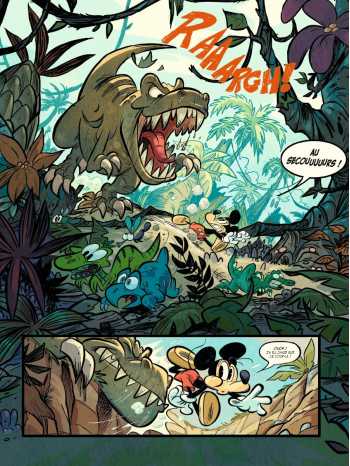 Italian master cartoonist Fabrizio Petrossi gets to go off model with this incredible Glenat-Disney one-shot mixing adventure, humor and history!

A fabulous journey through the secrets of time!

Unearthing the scoop of the century for his latest report, Mickey discovers a laboratory where two brothers/mad scientists claim to have invented a time machine! That's all it takes to stir the legendary curiosity of our mouse reporter who decides to try the experiment himself. But after an accident, Mickey bangs his head and disrupts the machine. He is propelled into the past to an unknown time! Worse yet: with each new blow to the head, Mickey will travel through time, finding himself struggling with a T-Rex in prehistory, in the middle of a battlefield in Waterloo, or come face to face with Christopher Columbus himself!

Fabrizio Petrossi in 1992 began contributing to Topolino and other magazines of The Walt Disney Company Italy. From 1995 to 2003 he was Senior Character Artist at Walt Disney Consumer Products in Paris, where he worked in Merchandising and Publishing. During these years, he also trained new artists, teaching courses in Tokyo, Barcelona, Madrid, Milan, London and Paris. In 2003 he returned to comics and illustrations for Disney on a freelance basis. In 2009 he started working for Nickelodeon on SpongeBob. In 2010 he assisted Lorenzo Mattotti with the character design for Enzo D Alò s feature film Pinocchio (2012). He worked with Disney characters for Egmont, Disney-Hachette, Gemstone, Pearson and Disney Publishing USA. In 2004 he made the graphic novel Mickey Mouse and the Three Musketeers, based on the film by the same name, while for Walt Disney Imagineering he created all the posters and the concept design for the proscenium of the Meet Mickey theater at Disneyland Paris. In the 2012 he drew the graphic novel "Epic Mickey 2 the power of two" based on the videogame designed by Warren Spector.