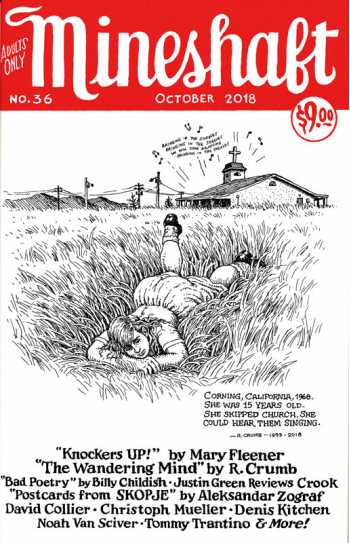 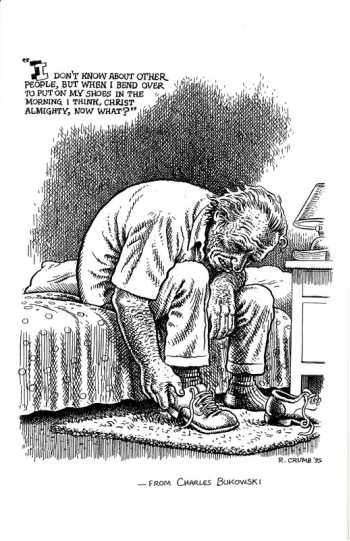 "Mineshaft is the best magazine in America. It's the only thing I read anymore." -Jay Lynch

"What you are doing, which is so important, is using QUALITY art. Mineshaft is like a quiet little beacon of laser creativity that continues to burn with a purpose." -Mary Fleener

"Recently I've spent time going back and reading old issues of MINESHAFT. Man, it holds up well over time, very high quality content, mercifully free of the usual commercial crap or pretentious arty-farty nonsense that pervades 99.9 percent of all print media. Mineshaft is anti-propaganda, anti-public relations. It is a modest little package speaking honest truths in words and pictures, thanks to you and Gioia's sharp editorial judgement." -Robert Crumb in a letter, January 1, 2014

"...a breath of fresh air from some universe next door." -Art Spiegelman