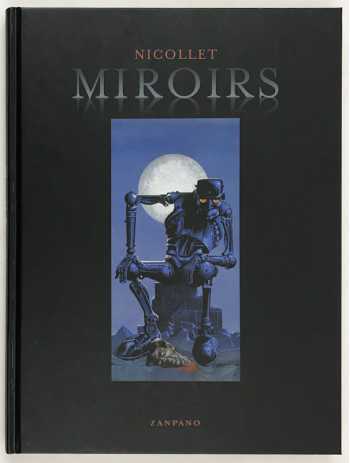 Out of print. A beautiful art book devoted to the French illustrator Jean Michel Nicollet best known in America for his cover to first issue of Heavy Metal. He was a frequent cover contributor to Metal Hurlant/Heavy Metal.

Jean Michel Nicollet is best known as an illustrator, in particular for the covers of the Neo, Titres SF and Folio Junior editions. He attended the School of Fine Arts in his hometown where he met Jacques Tardi, then those at the Paris school. His work, mainly done in acrylic paint, develops the themes of the strange and the supernatural.

Fine, issued without dustjacket
One of 423 of 450 numbered copies (and 50 HC copies) signed by the artist