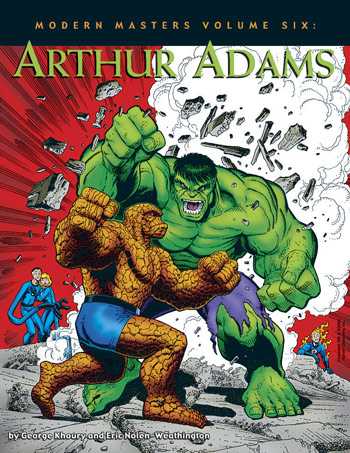 Arthur Adams burst onto the comic book scene with the widely acclaimed Longshot mini-series in 1985 and has remained a star in the field ever since. His unique style has earned him both the Russ Manning Award and the Eisner Award, as well as a legion of fans. From super-heroes such as the X-Men, Fantastic Four, and The Authority, to pop culture icons including Godzilla, the Creature from the Black Lagoon, and even Gumby, Adams" range of work only adds to his appeal. But it is his energetic cartooning combined with his painstaking attention to fine detail that truly amazes his fans and peers alike. Modern Masters Volume 6: Arthur Adams features an extensive, career-spanning interview lavishly illustrated with rare and unpublished art, as well as a large sketchbook section. One look and you"ll agree--Arthur Adams is truly a Modern Master!