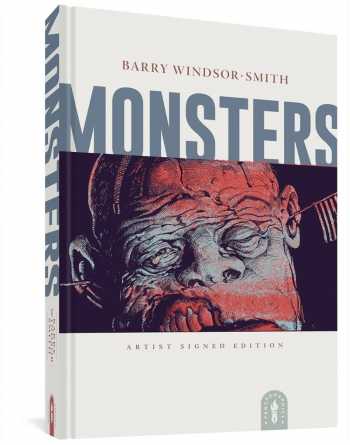 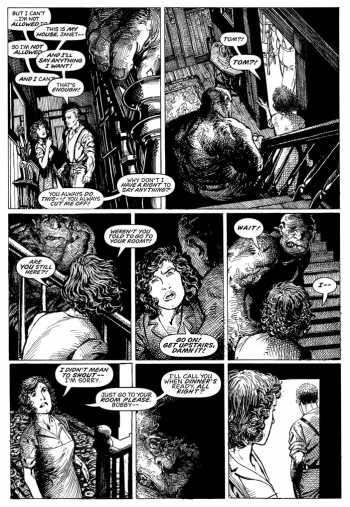 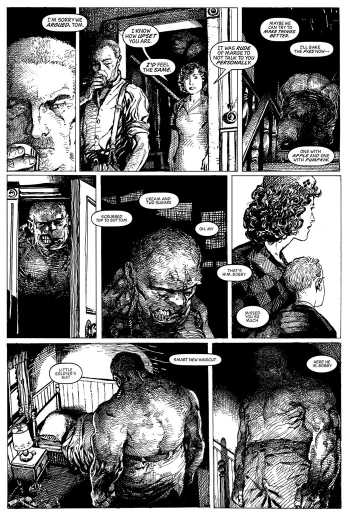 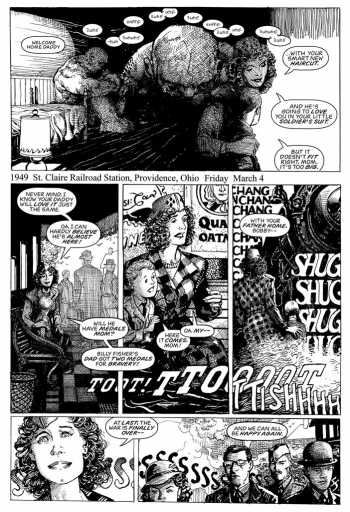 A limited, signed edition of Barry Windsor-Smith's Monsters. Featuring a specially designed and signed page printed on vellum, this edition is limited to 1,200 copies.

Corners or edges lightly bumped in shipping from the distributor. Sold As-Is.

Barry Windsor-Smith has for over three decades been working on Monsters. Almost twenty years ago I read an unfinished version and was shocked and astonished at the power and delicacy of the storytelling, by the honesty of the family relationships, by the feeling that this was being created by someone willing to reveal too much and go too deep in order to tell the story he had to tell. That it is completed and that it will be released to the world is something that's genuinely exciting for any of us who care about comics, or stories, or the place where art and imagination meet. -- Neil Gaiman, New York Times best-selling author

What we have on view here is nothing less than a first-class master storyteller at his peak, telling a novel-length story in a novel's length, slowly and deliberately paced with stunningly beautiful black and white line art every step of the way. -- "Forces of Geek"

Consummate craftsman Barry Windsor-Smith presents an epic tale of love, horror, revenge, and redemption in his outstanding graphic novel. ...Years in the making, Monsters is a graphic narrative masterpiece and a haunting examination of the lingering effects of evil. -- "Foreword Magazine"

The year is 1964. Bobby Bailey doesn't realize he is about to fulfill his tragic destiny when he walks into a US Army recruitment office to join up. Close-mouthed, damaged, innocent, trying to forget a past and looking for a future, it turns out that Bailey is the perfect candidate for a secret U.S. government experimental program, an unholy continuation of a genetics program that was discovered in Nazi Germany nearly 20 years earlier in the waning days of World War II. Bailey's only ally and protector, Sergeant McFarland, intervenes, which sets off a chain of cascading events that spin out of everyone's control. As the titular monsters of the title multiply, becoming real and metaphorical, literal and ironic, the story reaches its emotional and moral reckoning.

Monsters is the legendary project Barry Windsor-Smith has been working on for over 35 years. A 380-page tour de force of visual storytelling, Monsters' narrative canvas is both vast and deep: part familial drama, part political thriller, part metaphysical journey, it is an intimate portrait of individuals struggling to reclaim their lives and an epic political odyssey across two generations of American history. Trauma, fate, conscience, and redemption are just a few of the themes that intersect in the most ambitious graphic novel of Windsor-Smith's career.

Monsters is rendered in Windsor-Smith's impeccable pen-and-ink technique, the visual storytelling with its sensitivity to gesture and composition is the most sophisticated of the artist's career. There are passages of heartbreaking tenderness, of excruciating pain, and devastating violence. It is surely one of the most intense graphic novels ever drawn.

Barry Windsor-Smith began his career by drawing mainstay Marvel characters such as the X-Men and Daredevil in 1969 in the traditional Marvel style. However, in 1971 he broke from the Marvel formula when he started drawing the Conan series, turning heads with a fresh and controversial stylistic approach and winning numerous industry awards. Part of a young generation of artists that included compatriots Berni Wrightson, Mike Kaluta, and Jeff Jones, Windsor-Smith proceeded to carve an independent path for himself. In the '90s, he conceived, wrote, and drew three independent series, The Freebooters, Young Gods, and The Paradox-Man. In 1999 and 2001 Fantagraphics published Opus volumes 1 and 2, autobiographical coffee table art books. Monsters is his first book since The Freebooters (2005). He currently lives in New York.

Very God+, issued without dustjacket
Limited to 1200 copies signed by the artist