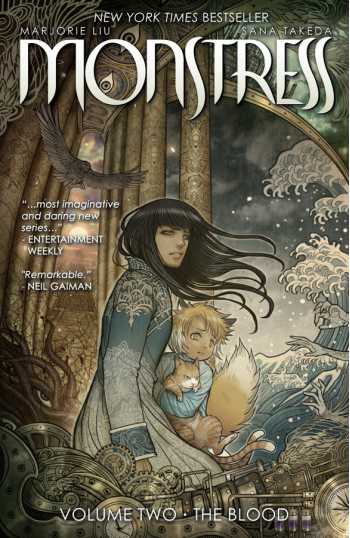 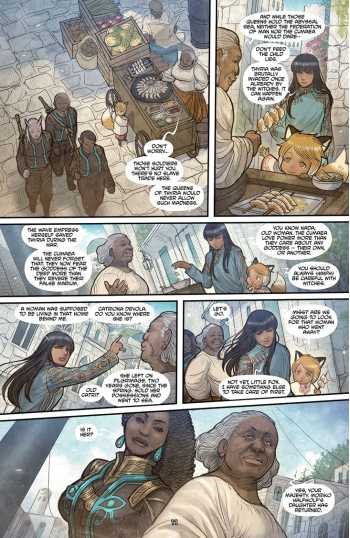 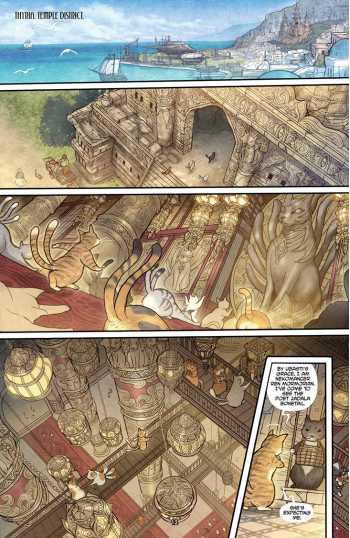 NEW YORK TIMES -- This series is impossible to classify; genre elements mingle in mythical and gleefully subversive ways. The story's protagonist, Maika Halfwolf, is descended from an ancient immortal called the Queen of Wolves - quite literally an anthropomorphic wolf. Maika has only one arm, though sometimes she wears a magical clockwork prosthetic; hidden in the stump is a squiggly, many-eyed monstrosity that periodically pops out and eats people. Her companions include a talking cat and a child with a fox tail. Yet the obvious parallels with our own world give this wildly imaginative fantasy epic its greatest impact. The central conflict is between "arcanic" people like Maika and humans who have developed a means of extracting magical power from arcanic bodies - brutally, and fatally. This of course evokes the politicized bodies of our own society, more so because so many of the story's characters are visibly people of color. The war's proponents deploy propaganda with all the loathsome rhetoric of the white supremacist alt-right; the war's atrocities are Mengelean in scope and grotesquerie. That the true monsters here include the hatemongers, and not just the tentacled horrors running about, is never in question. Yet between Liu's lyricism and the utter breathtaking beauty of Takeda's art, it's tempting not to care about the story at all. It's a pleasant bonus, then, that Volume Two provides answers to some of the crucial questions driving this in medias res story, and some welcome character development for both Maika and her resident monster. New mysteries appear as well, so readers can look forward to the continuation of this macabre, masterly series.

The Eisner-nominated MONSTRESS is back! Maika, Kippa, and Ren journey to Thyria in search of answers to her past... and discover a new, terrible, threat. Collects MONSTRESS #7-12