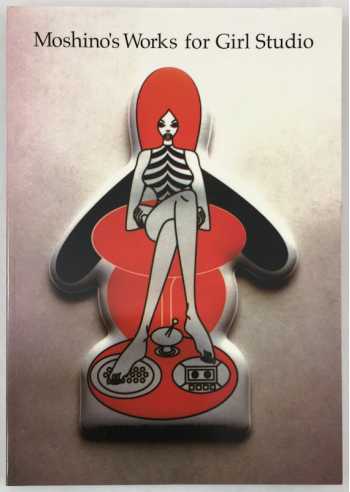 With a strong reference to early 1960s Afro-American soul illustration, Moshino crashes into the twenty-first century with his challenging and brilliant Euro-Asian reinterpretations. Katsura Moshino, now a cult hero in both Japan and the UK, has become the hot new graphic designer, interweaving his mix of funky psychedelic images with fifties cartoon art, sixties sci-fi, seventies black soul culture, and eighties hip-hop. His eccentric blend of styles and references has in a very short time made him one of the darlings of his field. Working only since the late 1980s, Moshino has amassed an incredible archive of images from projects varying from Nike advertisements to nightclub flyers to his own animation films. More than 100 color illustrations document this young and brilliant career. A must not only for graphic artists, designers, and illustrators, but also for Japanese manga followers and all-around Japanophiles hungry for what is new out of Japan.