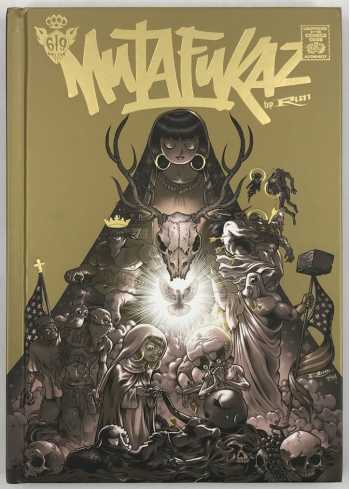 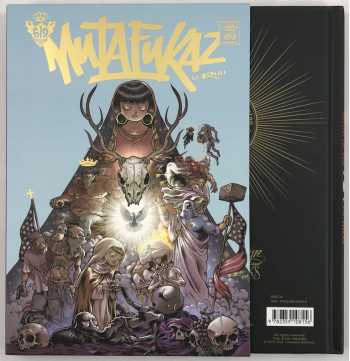 Don't miss the Mutafukaz grand finale! Run brings the adventures of Angelino to a close in this fifth volume of Label 619's hit series.

The streets of Dark Meat City are covered in blood after the blitzkrieg unleashed by the Machos, a race of savage beings spawned from the universe's dark matter. Humans have no choice but to unite forces and try to resist, unless they can mount a counter attack. Dark Meat City's unified gang, a.k.a. the Big One, prepares and cooperates with the army in one last attempt to survive. But just when the situation seems desperate and Angelino is battling his own demons, the first flakes of snow fall on the city.

Fine in Near Fine slipcase