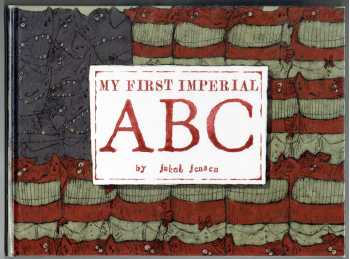 "A satirical and shamelessly iconoclastic spoof on today's Orwellian propaganda-machine, this book, titled "'My First Imperial ABC', takes on everything from Activism to Zealotry in a humorous fashion, lampooning the dumbed-down so-called 'debate' of today's media-punditry. Camouflaged as a Children's First Book of ABC, it juxtaposes over-used, politically charged words with drawings, which the reader might well regard as anywhere from scathing to tragic/comic. So beware!"