Sign in | Register
HomeNew ArrivalsNelvana of the Northern Lights - Hardcover 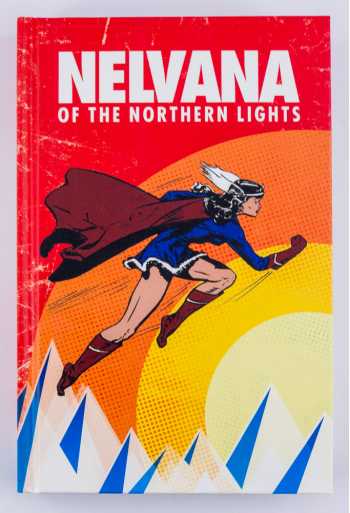 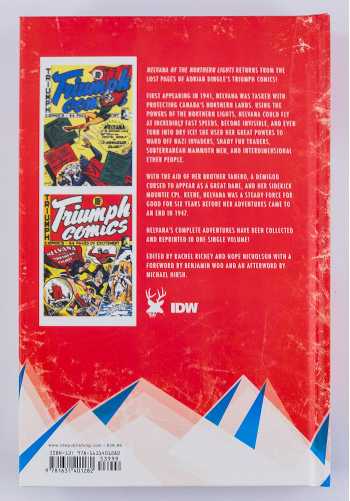 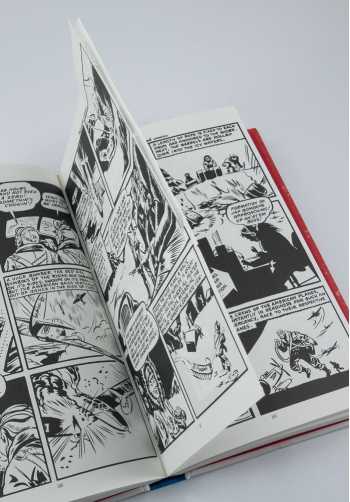 This collection is out of print in all editions.

Nelvana of the Northern Lights returns from the lost pages of Adrian Dingle's Triumph Comics! Nelvana was one of the world's very first superheroines, predating Wonder Woman by several months, and is among the ranks of the first Canadian superheroes to emerge after Canada placed an embargo on US luxury goods during WWII. First appearing in 1941, Nelvana was tasked with protecting Canada's northern lands. Using the powers of the northern lights, Nelvana could fly at incredibly fast speeds, become invisible, and even turn into dry ice! She used her great powers to ward off Nazi invaders, shady fur traders, subterranean mammoth men, and interdimensional ether people.

For the first time since her story ended in 1947, Nelvana's complete adventures have been collected and reprinted in one single volume, with over 320-pages of artwork by her creator Adrian Dingle. Also featured is an Introduction by editors Hope Nicholson and Rachel Richey, and a Foreword/Afterword by Dr. Benjamin Woo and Michael Hirsh.

First appearing in 1941 in the pages of Bell Features' Triumph-Adventure Comics, Nelvana was created as a superheroine to protect Canada's northern lands and people, inspired by a young woman named Nelvana in Kugluktuk, Nunavut. Created as a concept with Group of Seven artist Franz Johnston, Nelvana quickly came to life as a mini-skirt wearing, monster battling superheroine under the skilled pen of Adrian Dingle.

With the aid of her brother Tanero, a demigod cursed to appear in the form of a great dane in the presence of Kablunets (white men), and her loyal sidekick the mountie Corporal Keele, Nelvana fought the forces of evil for six years before her adventures came to an end in 1947.

One page folded with two short tears otherwise the book is Very Fine, issued without dustjacket