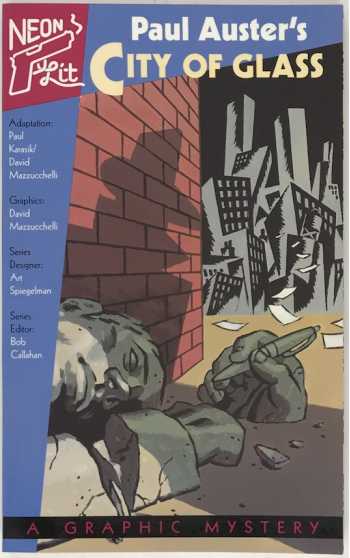 Quinn writes mysteries. The Washington Post has described him as a "post-existentialist private eye." An unknown voice on the telephone is now begging for his help, drawing him into a world and a mystery far stranger than any he ever created in print.

"[This graphic novel] is, surprisingly, not just a worthy supplement to the novel, but a work of art that fully justifies its existence on its own terms."--The Guardian