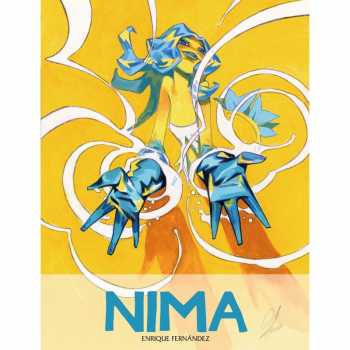 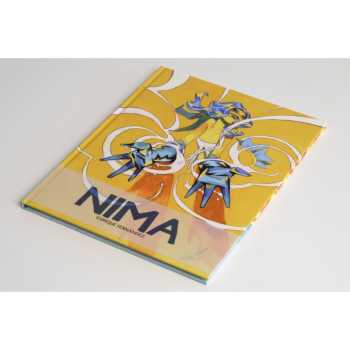 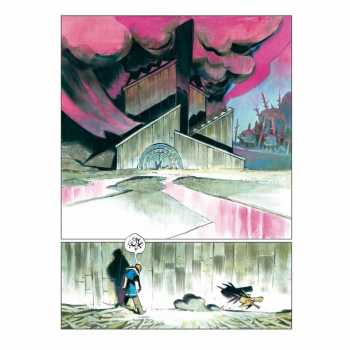 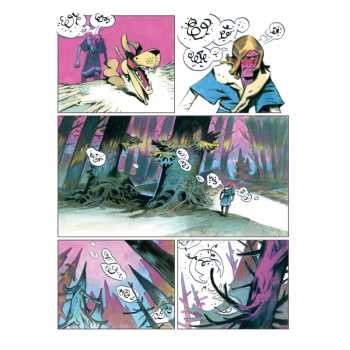 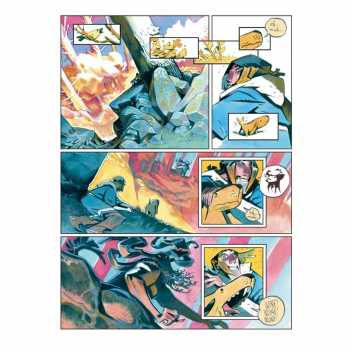 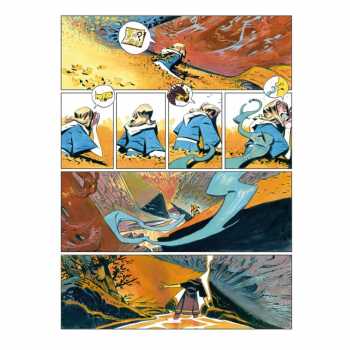 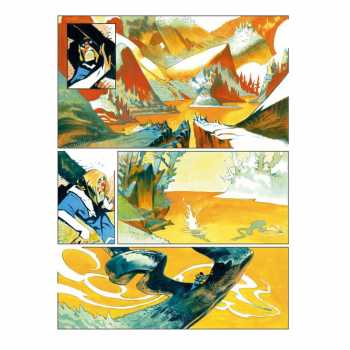 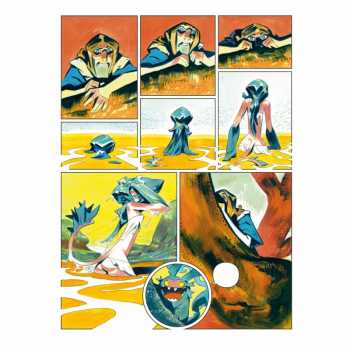 Enrique Fernandez's latest graphic novel. Independently financed and produced. It is a fantasy adventure. "Nima is a story of impossible love with all the atmosphere of fairy tales, in which the fate of two lovers is played out to an uncertain end."

For this book, Enrique employs a new art style using pencils and gouache "I want Nima to be... a comic with a fresh, organic feel, free from big technical details, focused on big brushy strokes and bright happy colors. I want the color pencil and brush strokes to breathe and become tangible, providing their texture and warmth."

In the heart of the forest, among beautiful landscapes and fantastic creatures, is hidden the home of the nymphs, where we find Nima. She has reached adulthood and the time has come for her to take responsibility for the future of her species, to put into practice all she has been taught about the world of humans so she can seduce them, use them to perpetuate her race and then get rid of them. When she meets Awk, he is different from what her sisters had taught her about men and she begins to have doubts. Will she be able to maintain the ancient traditions that ensure her survival and that of her people against her own feelings?

In this work the author presents a group off nymphs that have just reached adulthood and must take responsibility for the survival of their species.

The nymphs never give birth to male children and therefore have to seduce and deceive the unfortunate men that get lost in the forest. Once they lie with their human and achieve their aim of ensuring another generation of nymphs, they mercilessly kill the unfortunate victim. Their justification for such an act is that they must leave no trace, nor allow more relations between both worlds. Thus it has been for generations.

Nima, a nymph who usually tends to have more doubts than her peers, thinks about the reason for their traditions. Will everything be as she was taught? She doesn't feel prepared for what she is asked to do and that feeling becomes stronger after getting to know her first victim, a human, who is not as she thought he would be and who increases her doubts about the need to do it, at least not in the way she has been taught.

In contrast to the world of the nymphs, in the human's world we meet Awk, a young man who feels out of place in his village. Seeking to get farther and farther away from his own people, he goes deep into the forest, from which nobody returns. What he will find in that new world will have strong repercussions on both groups of people.

Nima is a story of impossible love with all the atmosphere of fairy tales, in which the fate of the lovers is played out to an uncertain end.