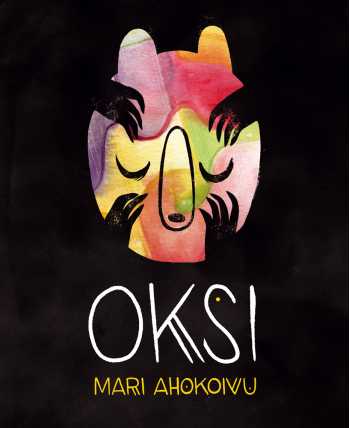 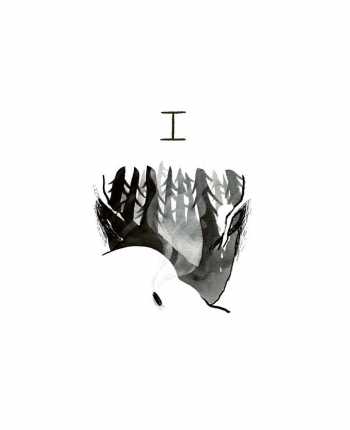 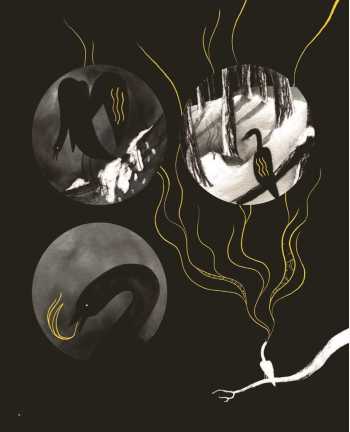 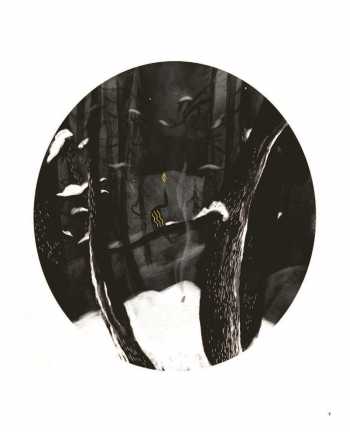 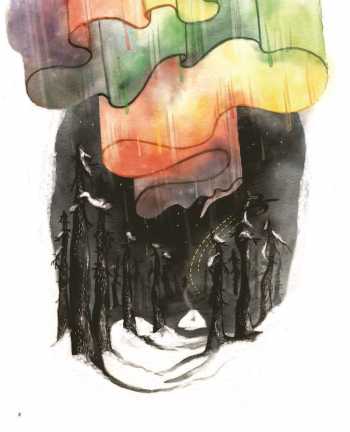 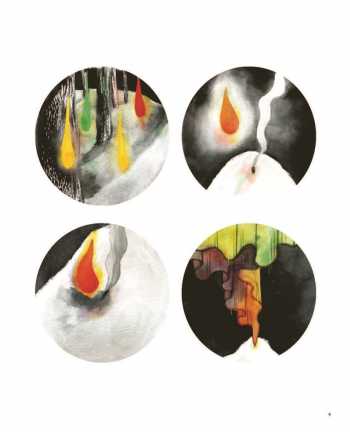 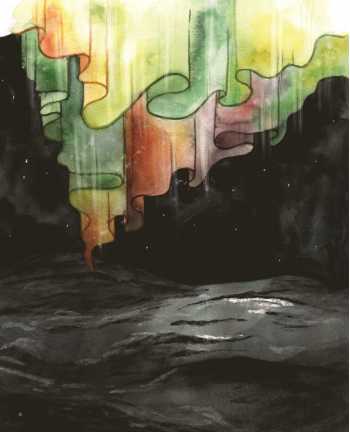 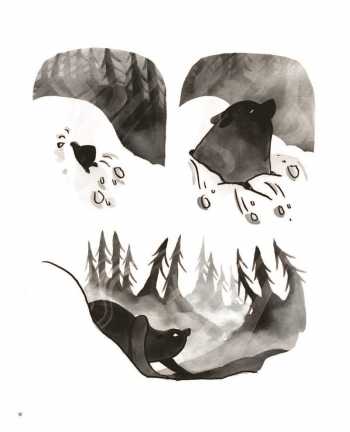 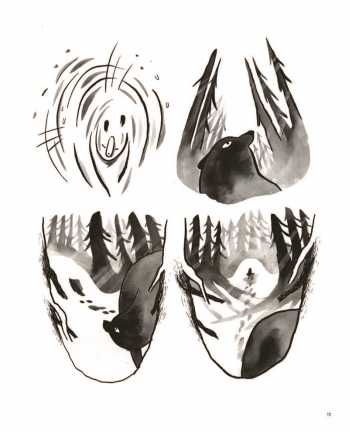 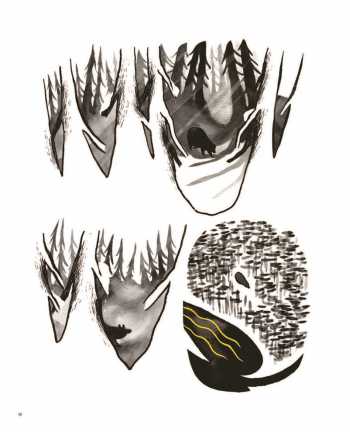 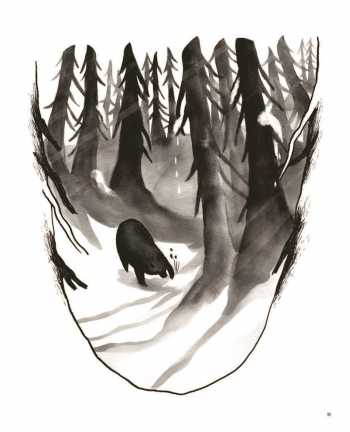 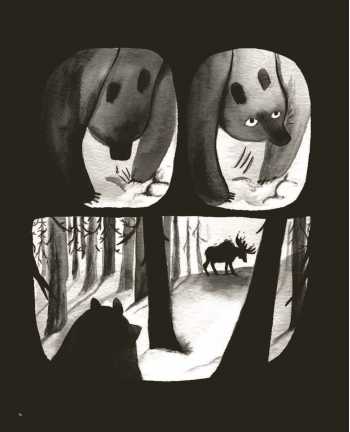 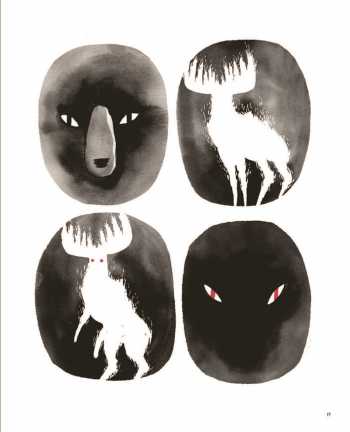 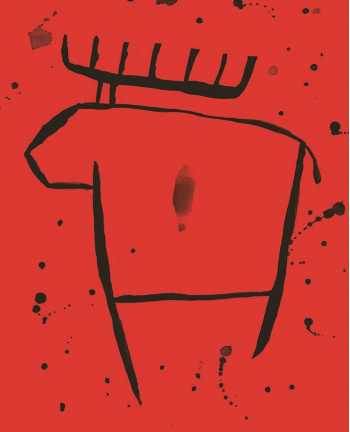 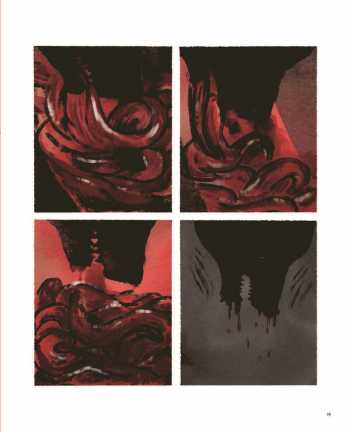 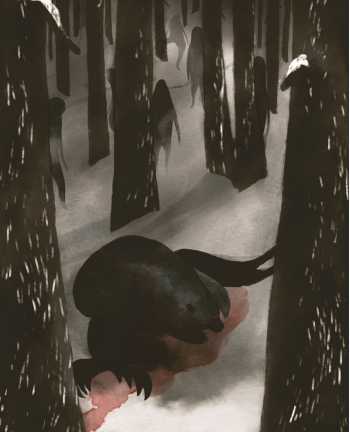 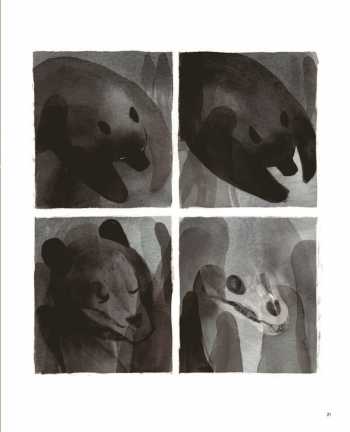 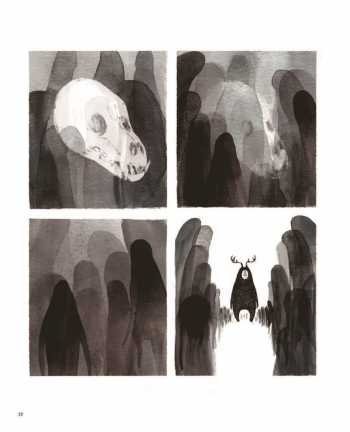 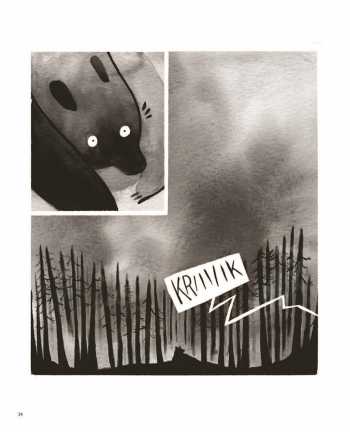 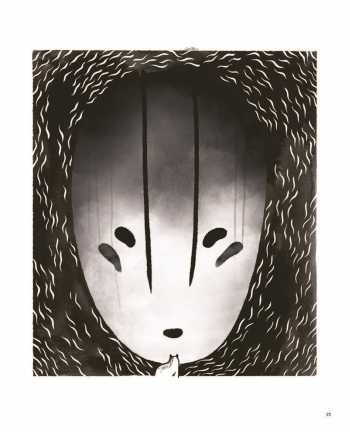 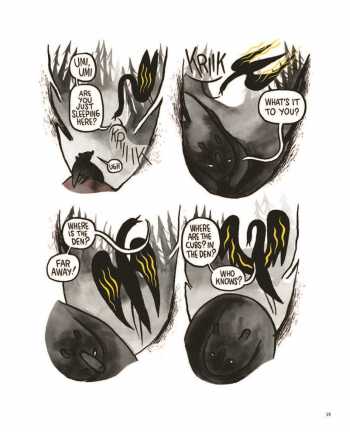 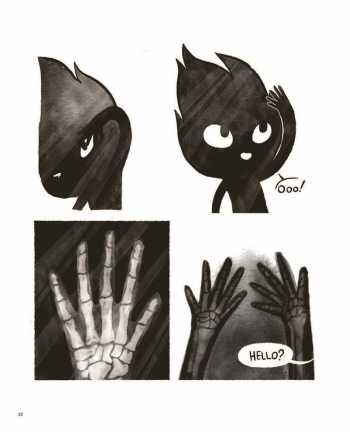 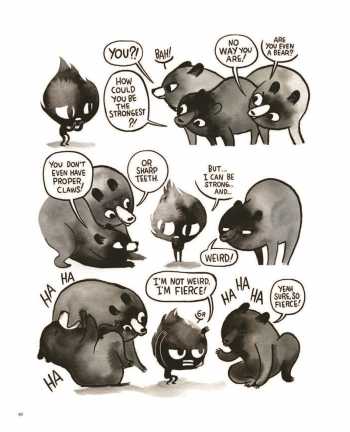 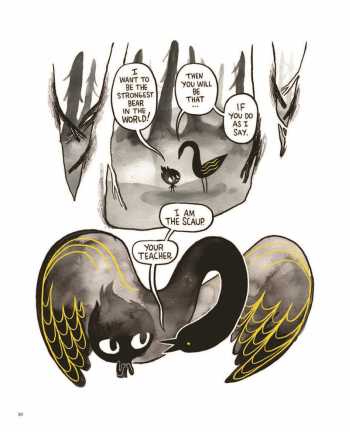 Where was the bear born?
Where delivered?
By the moon, next to the sun
Among the stars of the plough
Sent to Earth in a golden cradle
With silvery chains.

Poorling is a little bear. She's a bit different from her brothers.

Mother keeps their family safe. For the Forest is full of dangers. It is there that Mana lives, with her Shadow children.

And above them all, Emuu, the great Grandma in the Sky.

From the heart of Finnish folklore comes a breathtaking tale of mothers, daughters, stars and legends, and the old gods and the new.

Mari Ahokoivu is an illustrator and comics artist from Finland. Her magnum opus, Oksi, was called "beautiful, clever, funny, vibrant, and full of magic" by the biggest newspaper in her home country, was shortlisted for the Jarkko Laine Award, and has now been translated into English.

"It's a fairytale nightmare of the highest quality, a heartfelt history lesson written in flames, a poem."--Comics Beat

"At once beautiful and creepy...a fusion of fantasy and folklore that is more fine art than comic book. A must for libraries with folklore and world culture collections."--School Library Connection (starred)

"Fluidly rendered in inky b&w washes, accents of color leap off the page as the translation by Aronpuro flows smoothly."--Publishers Weekly (starred)

"Painful yet unforgettable. [this] Finnish fairy tale sees the damage that gods, mothers, and daughters are willing to inflict upon one another, all under the guise of love."--Booklist (starred)