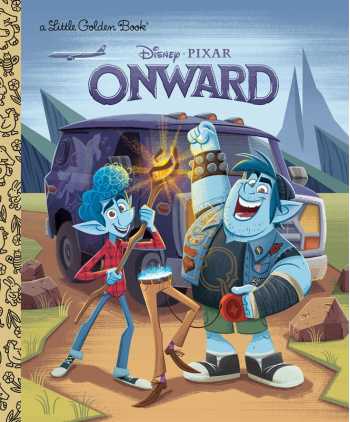 Set in a suburban fantasy world, Disney and Pixar's Onward introduces two teenage elf brothers, Barley and Ian, who embark on an extraordinary quest to spend a day with their late dad. Along the way, they meet The Manticore who later teams up with their mom, Laurel, to find them before they unleash a dangerous curse. Brought to you by the team behind 2013's Monsters University, Onward is now streaming on Disney+. Relive the excitement of the movie with this Little Golden Book adaptation that's perfect for girls and boys ages 2 to 5, as well as Disney Little Golden Book collectors of all ages!